It’s the appropriate time for a look at internationally renowned artist Peter Doig, who grew up in Canada and returned here briefly before settling his artist studio in Trinidad. The Montreal Museum of Fine Arts is the only Canadian stop for a critically acclaimed retrospective on Doig’s work. The show ran for three months in the fall at the Scottish National Galleries in Edinburgh, Doig’s birthplace. 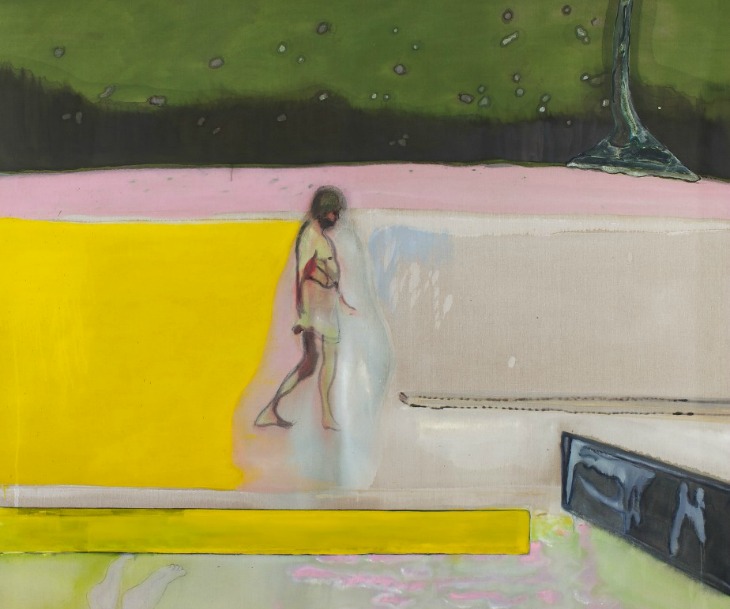 Called No Foreign Lands (for a Robert Louis Stevenson quotation “There are no foreign lands. It is the traveller only who is foreign”), the exhibition is a homecoming for Doig, who moved to Quebec in 1966 at age 7 from Trinidad where he had spent his early years.  Doig left for London in 1978 and the itinerant life of a developing artist, then spent three more years in Montreal in the 1980s.

Evocative and atmospheric, the 54-year-old’s paintings on canvas and linen have made Doig one of the biggest names on the world art scene. Two works from the 1990s sold for $10 million and $12-million last year. It was Doig’s nomination for the prestigious Turner Prize in 1994 that originally set him on the road to fame.  Below: 100 years ago, 2001

A master colourist, Doig’s interpretations of Trinidad since he re-settled in 2002 are the focus of the show. In an interview produced for the exhibition, Doig says he has always been attracted to bright colours, and that Trinidad – with its intense light – gave him licence to use even brighter tones. Below: White Canoe, the Doig painting that first broke records. It sold in 2007 at Sotheby’s for $11.3 million, then an auction record for a living European artist.

(Note: There are so many web resources on Doig, including online museums and galleries, I will leave it to you to explore on your own via a Google or another search f you’re so inclined)