This Muslim boy and Georgian girl play out the tragedy of their ill-fated love in live action in a 10-minute spectacle every night in the Georgian seaside town of Batumi.  Tamara Kvesitadze is the artist behind “Man and Woman,” 8-metre sculptures worked in metallic discs. The two move slowly toward each other, kiss, then pass through each other’s bodies until they face opposite directions. 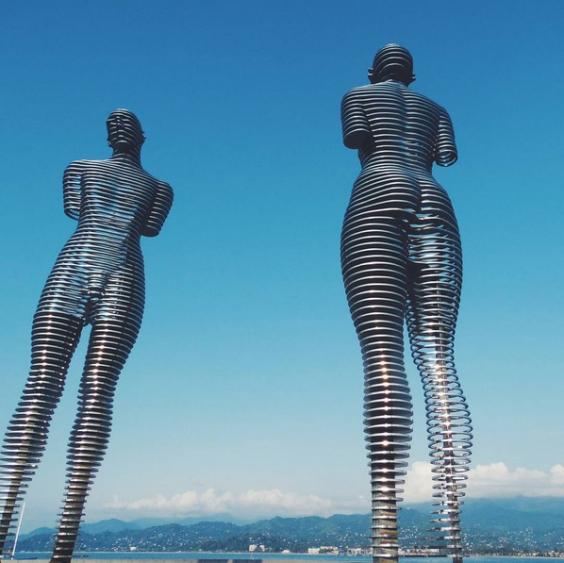 The two are characters from a novel by Azerbaijani author Kurban Said  about a Muslim boy, Ali, and Georgian princess, Nino. Their backgrounds make their love a struggle, and then they are separated for eternity by the invasion of Soviet Russia.