Arthur Shilling (1941-1986) was a renowned Anishinaabe artist from Rama, Ontario known for his bold combination of Western painting techniques with traditional Anishinaabe imagery.  A travelling exhibition of his last works – done during a period of intense creativity between 1976 and 1986 – is on show in Barrie at the Maclaren Art Centre March 23 to June 25, 2017. 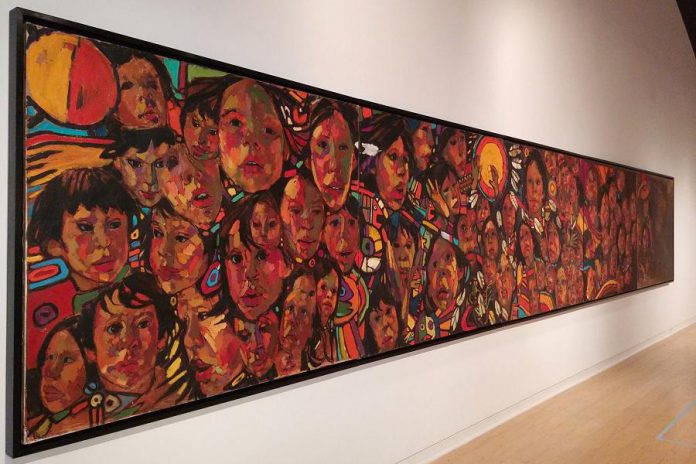 The Beauty of Our People, 30-feet long

The son of Ojibwa parents, Shilling was in residential school at the Mohawk Institute in Brantford, and trained at the Ontario College of Art. He won national acclaim at his first solo show in Ottawa in 1967. Using oil on canvas, he depicted life on the Rama Reserve, where he built an art gallery to encourage local talent. See this marvelous 360-degree interactive of his studio, now used by his artist son, Travis Shilling. 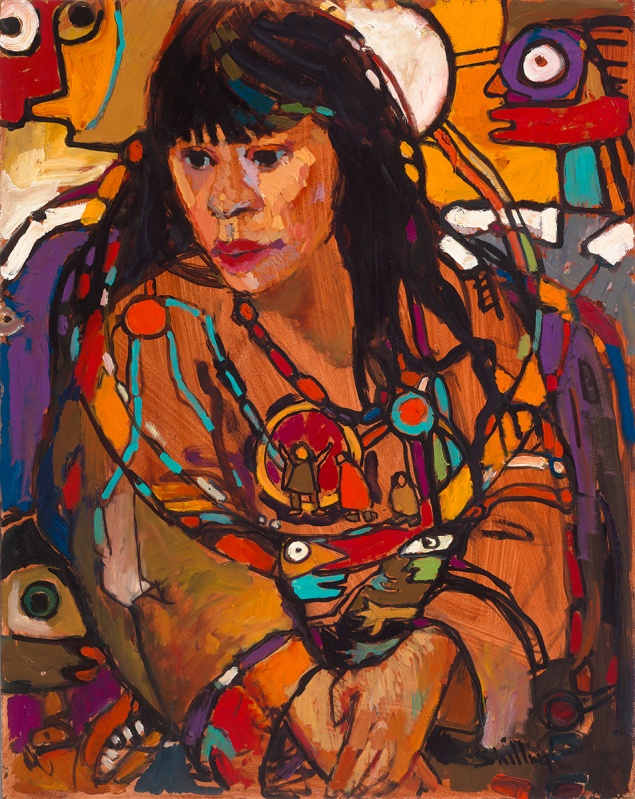 More about Shilling on this video, directed by exhibition curator William Kingfisher.