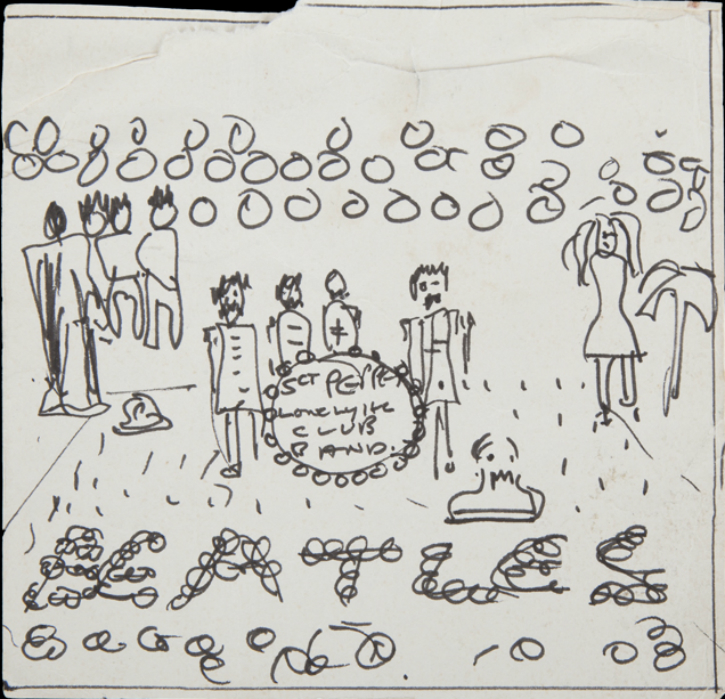 This ink drawing by John Lennon for what would become the 1967 album cover of Sgt. Pepper’s Lonely Hearts Club Band was found in a sketchbook left behind at Kenwood, the home where the famous Beatle once lived in Surrey. The sketch is up for sale at Julien’s Auctions for an estimated $40,000  to $60,000.

Here’s the album cover done by pop artist Sir Peter Blake.  All the Beatles ultimately had a hand in the cover design. Released in 1967, the album celebrates its 50th anniversary in 2017 as one of the most influential works of all time. Paul McCartney announced earlier this year it will be reissued on CD and vinyl May 26 for the 50th. Here’s the promo video.

Listen to an unreleased outtake of the title track here.