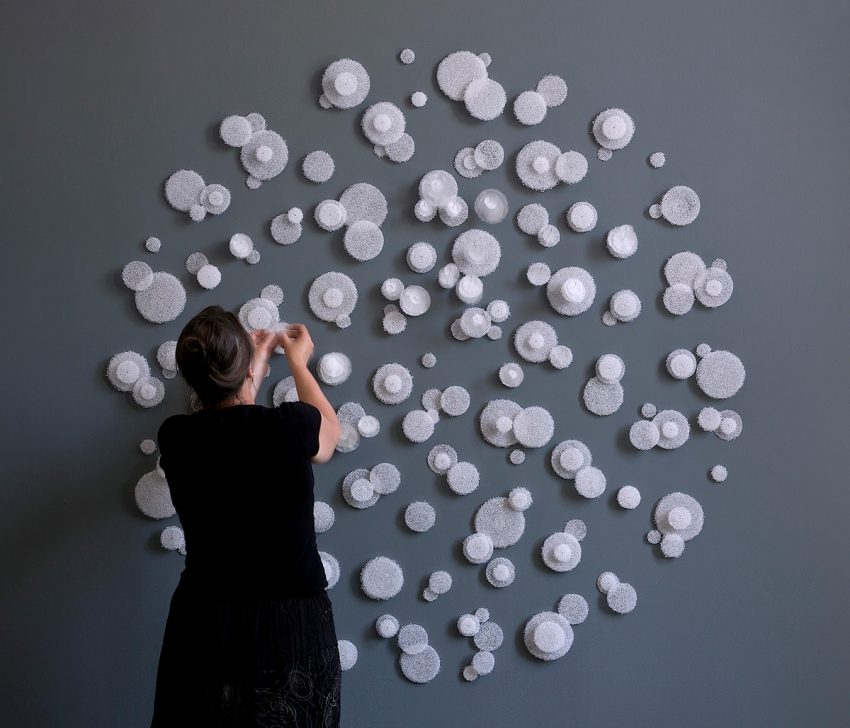 Quebec glass artist Susan Edgerley is the recipient of the 2019 Saidye Bronfman Award, highest distinction in Canadian fine craft artistry. She is one of eight artists honoured today in the Governor General’s Awards in Visual and Media Arts. (Above: B.r.e.e.z.e, 2013. Photo: Michel Dubreuil)

The artistic partnership Cozic, also from Quebec, is one of the recipients named for Lifetime Achievement.  (Click on images or links for more information, and videos, on all these artists.)

Two of the recipients share an interesting connection. Veteran filmmaker Ali Kazimi, honoured as one of Canada’s preeminent media artists, made a documentary in 1997 about his fellow lifetime honouree Jeff Thomas, the Iroquois photographer who lives in Ottawa.

The Governor General’s Awards in Visual and Media Arts are funded and administered by the Canada Council for the Arts.

Independent peer juries select the winners, who each receive $25,000.