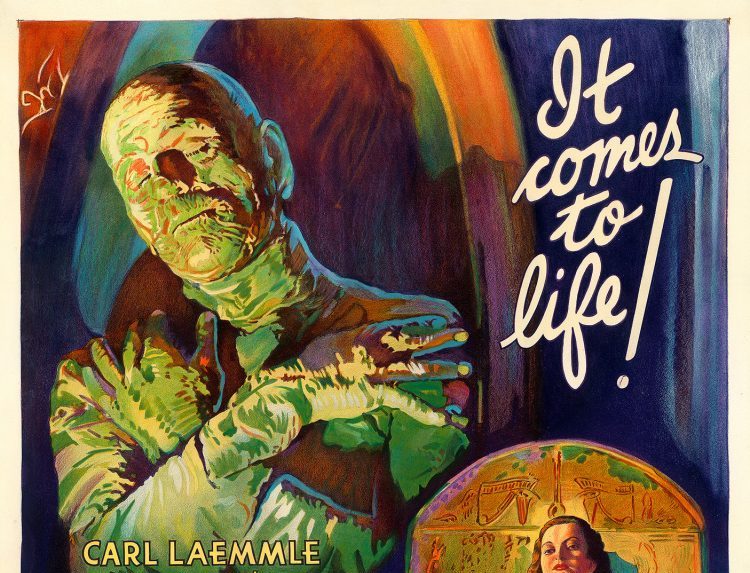 Guitarist Kirk Hammett, of the heavy metal band Metallica, has created one of the world’s most significant collections of classic horror and sci-fi movie posters. “It’s Alive . . . ” an exhibition coming to the Royal Ontario Museum in Toronto in July, explores Hammett’s collection and examines the connection between artistry, emotion, and popular culture through a selection of works from 20th century cinema.

This exhibition explores 135 works, including posters by an international array of graphic designers, rare works by unidentified masters as well as related memorabilia such as electric guitars (carrying the images), lobby cards, film props and costumes – from the Peabody Essex Museum, Salem, Massachusetts, exhibit organizer.

A folio book , which follows up Hammett’s 2012 tome about his obsession, Too Much Horror Business, was also available at the time the Massachusetts exhibition premiered in 2017. The Toronto show runs July 13, 2019-Jan. 5, 2020 at the ROM.