Writer and photographer Joe Fantauzzi has a host of great shots from Toronto, where he lives and works, but his images of Chicago caught my attention because that city is special to me. I went to journalism school there, and did novice reporting at the Sun-Times suburban papers […] 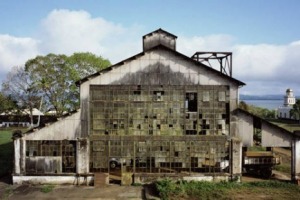 The audacious Henry Ford, then the richest man in the world, built an American town in the middle of the Amazon in 1928 that was supposed to be a rubber plantation for his tires and car parts.  It was a 10,000-square-kilometre disaster, despite the cute houses, square dances […] 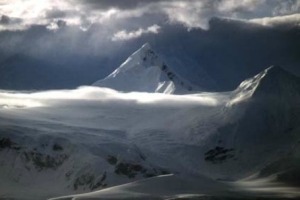 Above the Tree Line: Large Format

The 32 large format photographic color prints on exhibit at the Robert McLaughlin Gallery are selected from a body of work by Arnold Zageris, who focuses on arctic and sub-arctic regions of Canada. They’re captured using a traditional large format 4×5 view camera. (Above: Minerals, Labrador; Below: Frost, […] 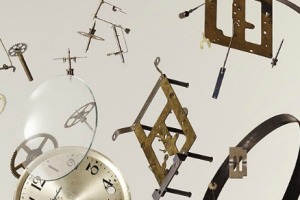 Toronto photographer Todd McLellan’s disassembly work has captured significant attention. His photo art shows the ordered mechanics of dismantled relics: phones, clocks, cameras. He also captures the motion of his work, in this lawnmower, for example, and in video (at the end of the post). It’s interesting to […]

Toronto photographer Oliver Pauk is on a mission to help us understand how much heat is lost from buildings, and how much better it would be to recover and reuse this wasted energy. I have chosen to photograph heating, ventilation and air conditioning units and to use the […]

Photographer Laurie Victor Kay is “slightly obsessed” with the dark public spaces of subways, especially the Parisian métro stations full of contrasts. “They are at once beautifully designed with specific color palettes, but at the same time dark and make me slightly uneasy,” the Omaha-based photo artist says.  […]