Roof topping: Traveling Up to Shoot Down

This exquisite shot by Neil Ta reflects a block of the Bay Street financial district of Toronto, vertically, in the foreground building.   He’s a roof topper, a daredevil photographer who travels up to shoot down. The photo practice is widely catching on, and The Toronto Star just published […] 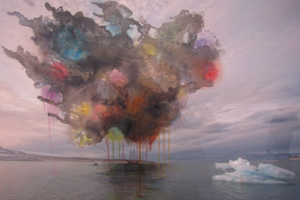 Sarah Anne Johnson has had a significant impact on Canadian photography, as winner of the Grange Prize, as a focal point of numerous exhibits and as a rising international star who represents this country abroad.   Her work is in New York’s Guggenheim Museum and she has taught photography […]

Robyn Cumming’s ever evolving and sometimes disturbing work is featured at next month’s Photorama, the 25th anniversary of  the Toronto Photographers Workshop annual fundraising exhibit. Her extensive body of work sometimes is a challenge to interpret,  something the Toronto-based photo artist acknowledges. There is a strangeness to how […]

The elegant pop-culture themes of Anthony Redpath’s work are captivating, whether in the story-style trailer park shot (above: Trailer Park Party – lightjet output on chromogenic print) or the straight-up photography of industrial locations. Vancouver-based, Redpath is a well known commercial photographer with a high profile portfolio. But […]

Heartbreaking remnants of clothing and personal effects left behind by the victims of the atomic bombing of Hiroshima in August, 1945, are the images in this exhibit at the Museum of Anthropology in Vancouver. Internationally acclaimed for a career spanning three decades, Ishiuchi Miyako chose the subjects of […]