Artist Than Htay Maung was working as a baker to support his family when he began thinking about the outstretched hands of victims of a cyclone in his native Burma.  The artist in him saw a way to do something with the bread he made every day, culminating […]

Canadian trained artist Goody-B Wiseman’s Dream Tigers are wild but delicate.  The miniature sculptures fit in the palm of a hand. Wiseman works in bronze to explore the mythical “feral child.” (Above: Hidden, Edition of 20)

Toronto-based sculptor Gosia says that what she’s feeling as she creates often gets trapped inside her art.  These powerful polymer clay and gypsum works trigger similar emotions in a viewer, she says. (Above: Pearl 12x11x8) 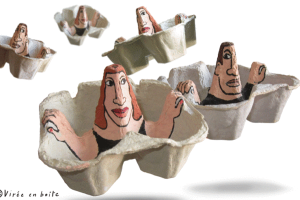 French artist Gilbert Legrand transforms everyday domestic objects into sculptures.  Legrand, an  illustrator and graphic designer,  plays on the original shape as he transforms a hanger or a pair of scissors into a mini work of art. 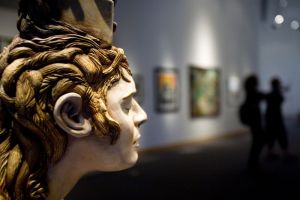 The most recognizable sculpture by the late Jean Cappadonna Nichols is this figurative work, Daydreamer with Botticelli Barbie and Rat Patrol. 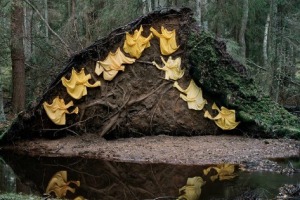 Finnish photographer Riitta Päiväläinen uses discarded clothing from second-hand shops and flea markets to carry silent, unknown stories and histories.  By freezing the garment or letting the wind fill it with air, she is able to create a sculptural space, which reminds her of its former user. Her […]