Ceramic Artist Shane Norrie is hot. His hand-thrown etched ceramic work is everywhere – on decor TV, in fall design magazines and on general exhibit. It’s part of a current focus on edgy pottery, led internationally by designers such as Jaime Hayon of Spain and Studio Job of […]

“In Canada, I will make a video that will make me cry. In unbearable frost and thin air I shall hold my shivering dried-up heart in my hand….”  Ragnar Kjartansson, Icelandic artist The End — Rocky Mountains is a five-channel video installation synched together as a single disfigured […]

Russian propaganda from the early 20th Century didn’t mince words, or images.  The tightly orchestrated conversion of life used posters to hammer home the message of collectivism and pride in the new Russia. The Art Gallery of  Ontario’s  new exhibition – Constructing Utopia – blends with others being […] 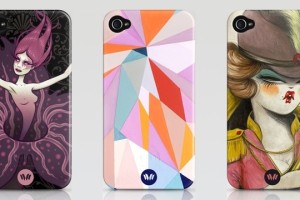 The ragingly popular Cirque du Soleil® has just held its first showing of  all 16 original paintings that make up its SAFEWALLS collection, a project that melds the vintage circus poster with today’s street art. Every month, the Canadian-based circus phenomenon asks three cutting-edge artists to create  posters […] 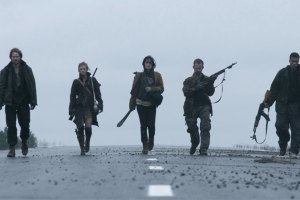 The Day – 24 Hours in a Post-Apocalyptic World

The Day – Douglas Aarniokoski – World Premiere in Toronto “In a post-apocalyptic future, an open war against humanity rages. Five survivors wander rural back-roads, lost, starving and on the run. With dwindling food and ammunition, an attempt at seeking shelter turns into a battleground where they must […]