British artist Rachel Whiteread’s celebrated artwork Place (Village) is now on permanent display at the Victoria & Albert Museum of Childhood in London. The sculptural work features a ‘community’ of about 150 vintage doll houses which Whiteread collected over 20 years. 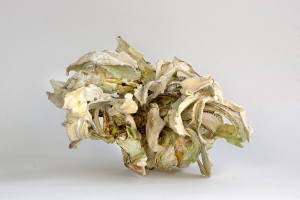 Susan Collett, one of Canada’s foremost ceramic artists, explores the tension of strength against fragility in her hand-built clay sculptures. 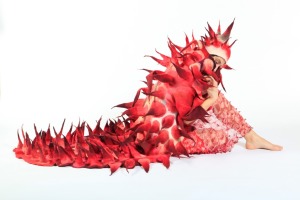 Catch inspiration from the World of Wearable Art without traveling to New Zealand, where the international competition is held each fall.  After 25 years, it’s a mega-production described as a “glorious rebellion against the mundane.” Organizers picked inspirations from previous winning entries, and sent some on the road in […]

Fabio Coruzzi’s mixed media works are always a pleasure to find.  (He’s been featured here  before). Busted (Hey that’s my hat) is one of his latest 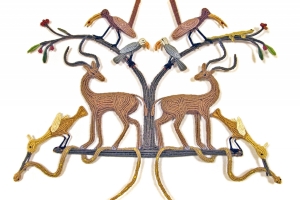