The dark surrealism of Tetsuya Ishida

This painting (Earthquake / Terremoto) by the late Japanese artist Tetsuya Ishida sold at Christie’s to a private American buyer for almost $350,000 U.S., 10 times the anticipated base price – demonstrating the never-ending popularity of this surrealist painter.

His fame comes not just from his reputation as a maverick but also for his brilliant characterizations of Japanese society and the personal isolation that resulted from the country’s economic downturn through the 90s. “Ishida captured the feelings of hopelessness, claustrophobia, and emotional isolation that burdened him and that dominated Japanese society during this era,” wrote Nick Simunovic of Gagosian Gallery, Hong Kong, site of one of this artist’s exhibitions.

His deeply unhappy characters are often entwined with buildings or machines, are representative of his view of Japan as a soul-less, mechanized society. Ishida died in 2005 after being hit by a train in an incident thought to be a suicide, ending his 10-year career. 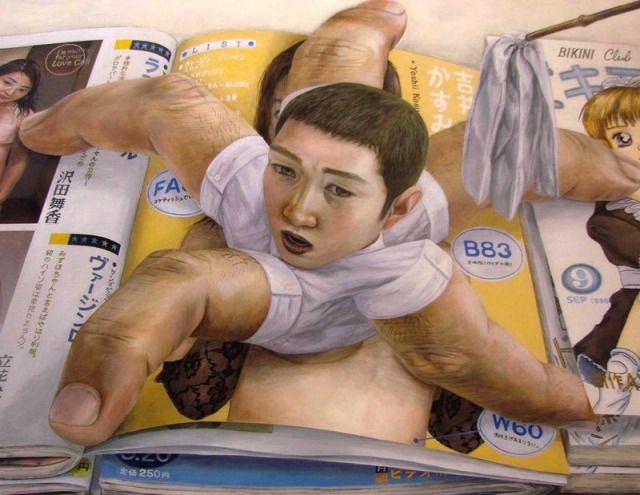 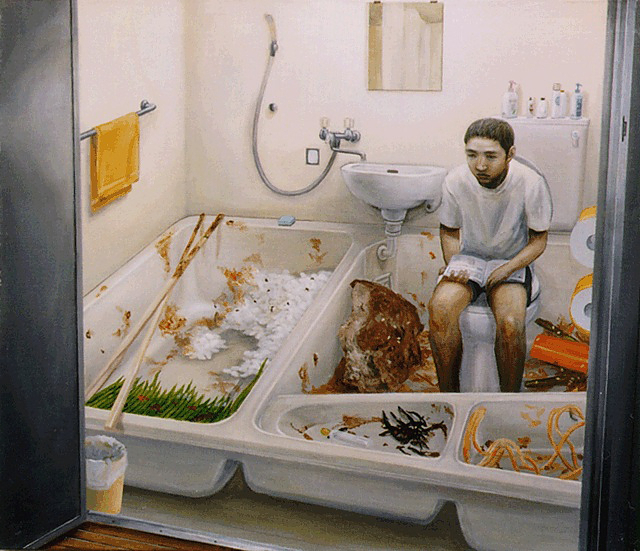 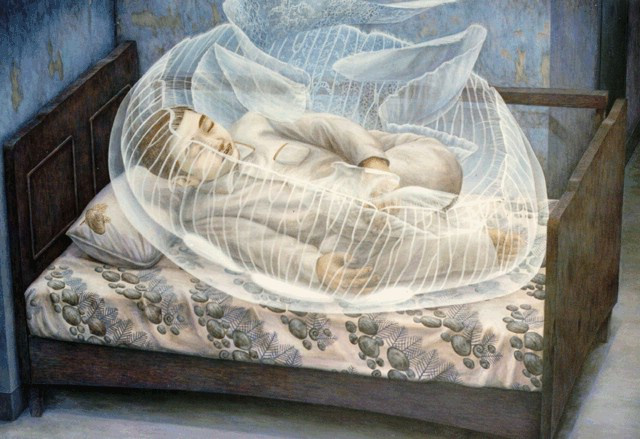 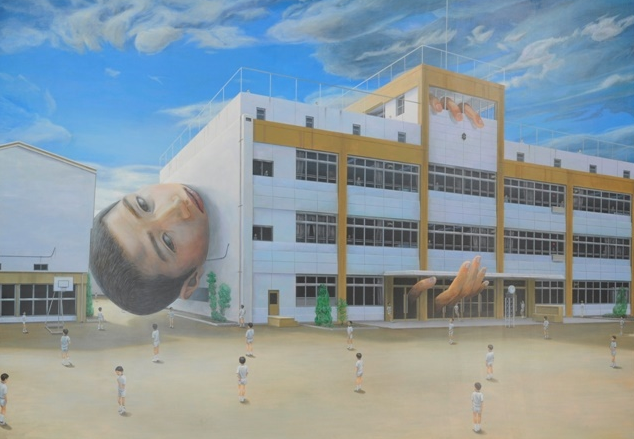 There is an excellent short documentary (link to Vimeo, below) by author Mitch Cullin, about his quest to learn more about the elusive Japanese artist.

[SUB]URBAN — An Unauthorized Introduction to Tetsuya Ishida from Workshop Lo-Vi on Vimeo.