A Toronto gallery has cancelled an exhibit over criticism the artist is inappropriately “borrowing” from spiritually significant indigenous art. The Visions Gallery, where work by Amanda PL was scheduled, said the gallery was “immediately criticized” when the show was announced, and within 24 hours the event was cancelled.

The controversy flows from the fact that Amanda PL is non-indigenous and paints in the style of the Woodland school of art.  She acknowledges her style is similar to Anishnaabe artist Norval Morrisseau’s work, which features bright colours separated by black lines and abstract figures. (Toronto Star story here)

An example of Morrisseau’s work, from a page of his painting on Coghlan Art

“From my point of view, authentic indigenous art comes from a place of our experiences, our personal narratives,” Chief Lady Bird told the Toronto Star. “The thing about the type of work that she’s creating is it’s heavily rooted in traditional ideals and different teachings and it’s considered sacred.” 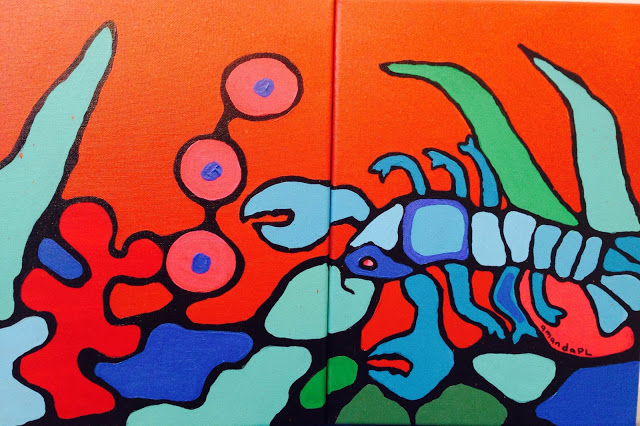 Amanda PL said she was hurt by the backlash.