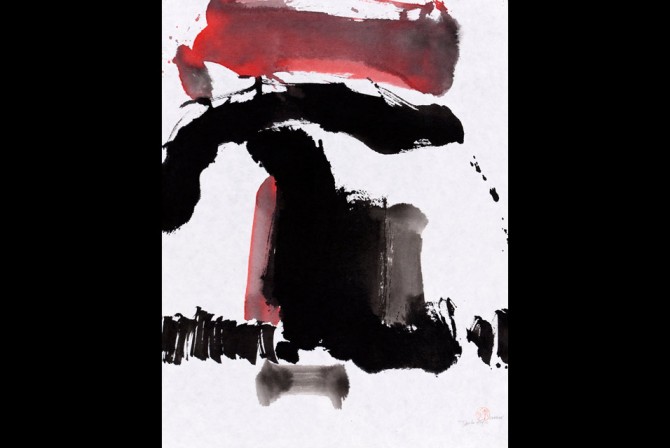 A major retrospective on Takao Tanabe, one of  Canada’s most esteemed artists,  is open now at the Burnaby Art Gallery, with 60 works that have never been publicly viewed.  It runs through Jan. 22, 2012.

Tanabe, 85 years old, is best known as a landscape painter and internationally known for his depictions of the British Columbia coast.  But this exhibit of six decades of his work also includes paintings such as the one above: Charge, 2005. Sumi, acrylic on paper, collection of the artist. 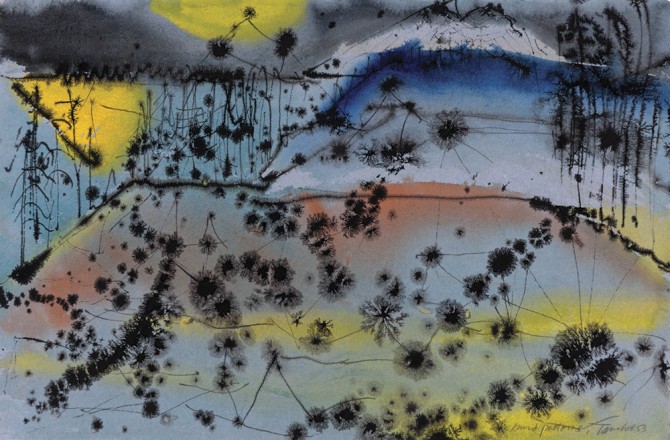 Featuring drawings and watercolours dating from the late 1940s to the present day, Chronicles of Form and Space: Works on Paper  explores this major artist’s long career.  In this interview with The Province, Tanabe talks about his inspiration, his style of living, and his tendency to be “a grumpy old man.”