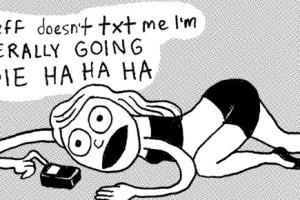 Montreal-based Walter Scott has been tabbed by the influential BlouinArt Info on a list of emerging Canadians under 30 the art world should watch.  That’s partly because of his Wendy comic, and its raging popularity.

This image of kids with guns has been everywhere in the last week, linked to the Newtown school shootings by the acclaimed American comic artist Art Spiegelman. He reissued his still groundbreaking 1993 New Yorker cover on Facebook with this comment: “Colombine happened in 1999, Newtown in 2012, […] 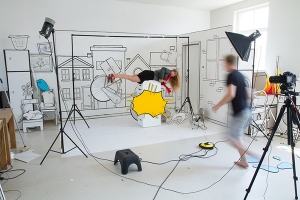 In Progress: How to build a comic in 3-D

I love to see artist progress shots and how-to’s, but I’ve never seen one quite like this.  From the Behance site of  Coming Soon, a Belgian visual identity studio that hand crafts its work and then transforms it into digital images.  This is a work in progress. http://www.coming-soon.be […]