Lion King: Art of the Costume

There’s no end to the popularity of The Lion King, which broke box office records on the weekend in its latest movie version. It’s a good time to appreciate the original stage show, especially the costumes, designed by Broadway producer and director Julie Taymor.

🎶It's the circle of life🎶 The latest version of #TheLionKing is out today, but did you know the stage musical debuted in 1997? These costumes from the original production were designed by Julie Taymor, and are of the villainous Scar and Simba's mother Sarabi. See the costumes in our Theatre and Performing arts gallery. #Simba #Theatre #costume #scar #musafa #nahla

Taymor also co-designed the masks for the stage production, Broadway’s highest-grossing show of all time. It won six 1998 Tony Awards, including Best Musical and Best Direction of a Musical, making Taymor the first woman in theatrical history to receive the honour.

Julie Taymor carving a mask for The Lion King

Below, a couple of  Taymor’s original sketches. 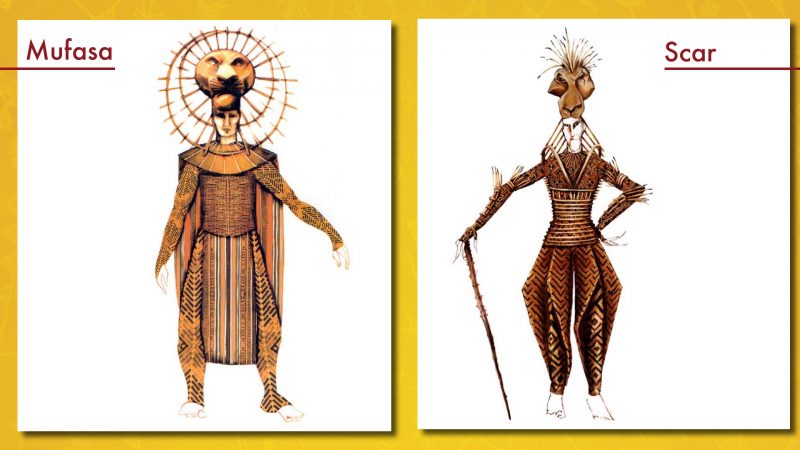 Mufasa and Scar, below. 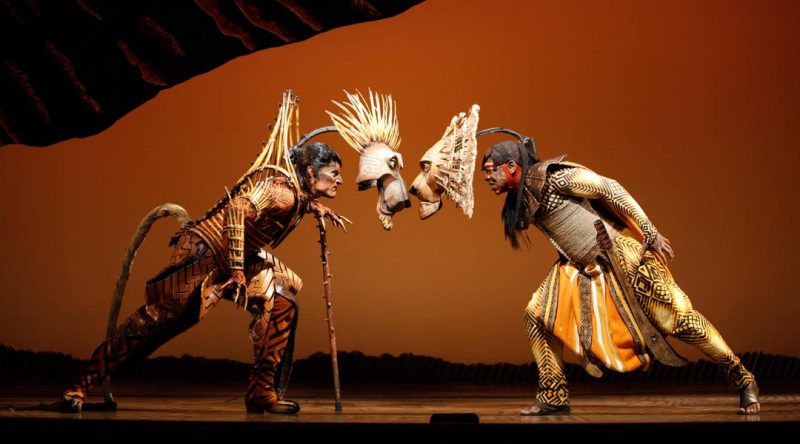 One of Julie Taymor’s renderings, this one for the grasslands.

Below, a grasslands scene. 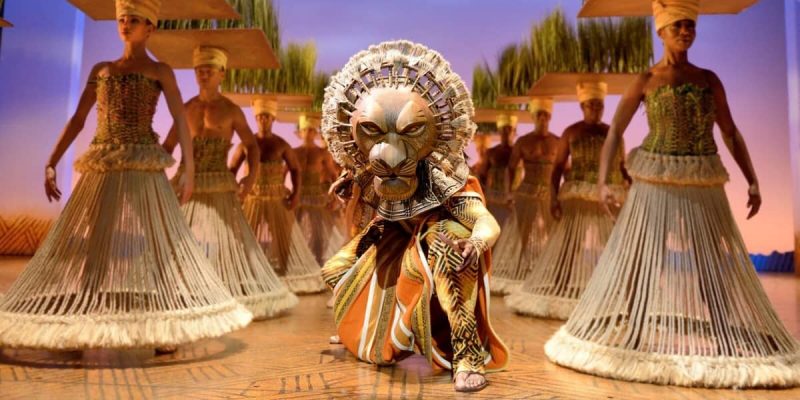 This short promo is a superb flypast of key costumes.

Here’s a more in-depth (5-minute) look at the Broadway costumes, with sketches.

A feature on Taymor, here.