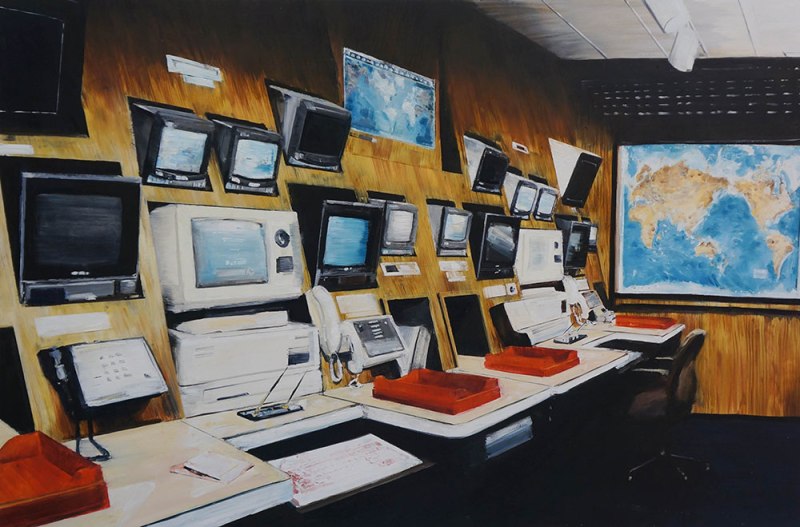 The solo show that culminates John Player’s Master of Fine Arts work is a fascinating glimpse at the infrastructure of observation. His minimalist, faceless scenes of the surveillance culture that surrounds us go on exhibition this week in Toronto. (Above: Watch Floor, oil on panel, 30″ x 45″)

“Endless defense from an unknown but constant threat is unveiled in appropriated images from mass media, newspapers and archives found largely on the Internet,” say notes for the exhibition at Pierre-François Ouellette art contemporain.  The oil paintings are Player’s centrepiece, but there are watercolors, too. (Above: Listening Station, oil on canvas, 30″ x 40″) 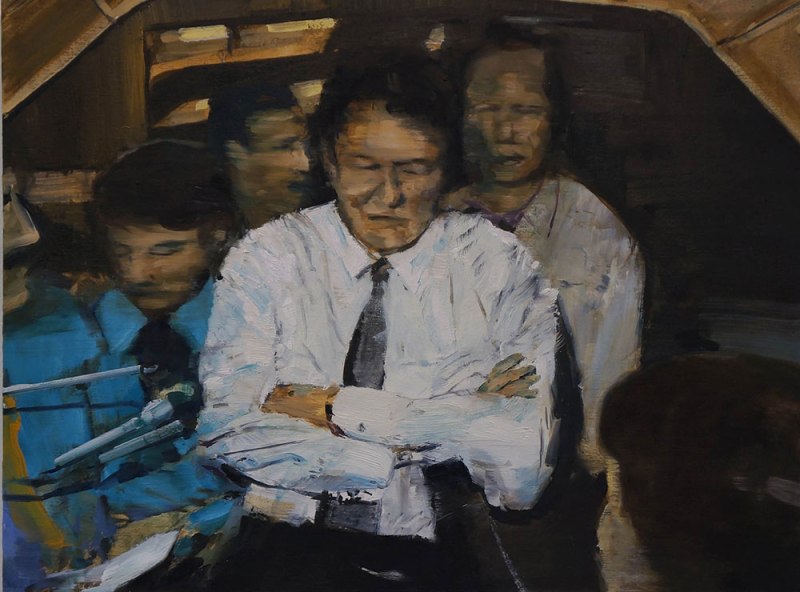 John Player is a 3rd year MFA student in Painting & Drawing at Montreal’s Concordia University, where he graduated with a BFA in studio arts.  His website is here.