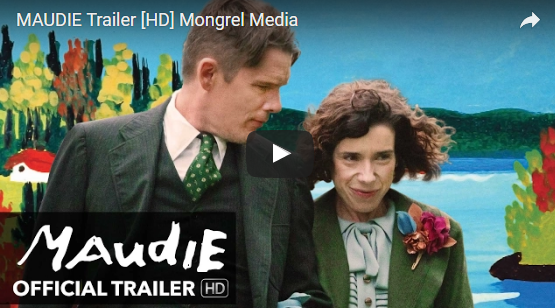 Maudie (trailer below) tells one of the most compelling stories in Canadian art history, the tale of Lewis and her marriage to fish peddler Everett Lewis.  She became one of Canada’s most recognized and best-loved folk artists, despite the significant challenge of juvenile rheumatoid arthritis. The house she moved into in 1938 was one of her earliest and most stunning canvases. 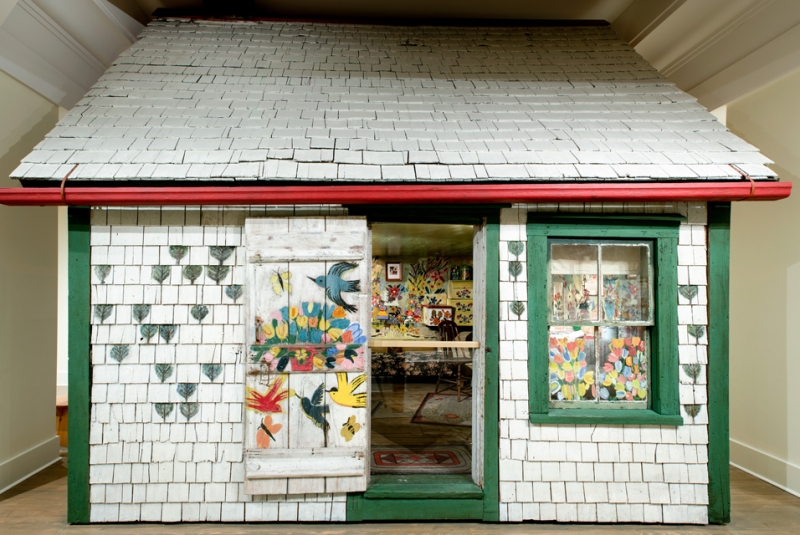 The tiny house, which features prominently in the film, is the star attraction at the Art Gallery of Nova Scotia’s Maud Lewis Gallery. 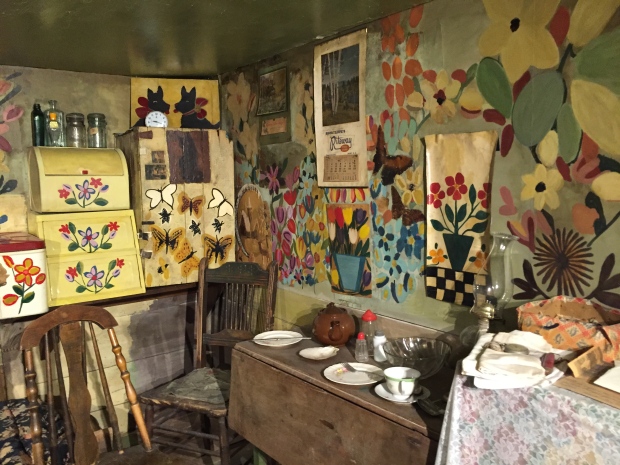 “Until you see Maud’s house in person it’s impossible to imagine how appalling her living conditions were,” says Art Gallery of Nova Scotia Director and CEO Nancy Noble. “And when you add her physical disabilities into the mix, it’s remarkable that she was able to paint at all let alone such colourful, joyful and animated works of art.” 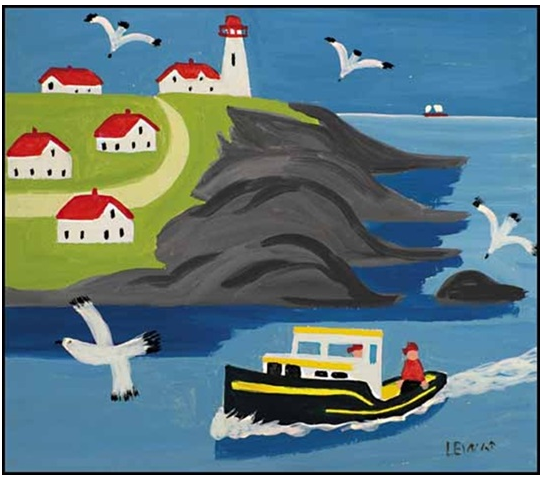 The film’s release comes on the heels of a remarkable discovery at the Mennonite Central Committee thrift store in New Hamburg, Ontario. At the bottom of a donation bin, an employee found what has now been authenticated as an original Maud Lewis artwork. The canvas (above) has generated interest from around the world, with an estimated worth up to $16,000.