Nick Dahlen: Riffing off the Classics

A painter, illustrator and designer, Nick Dahlen is an emerging artist inspired by the classics.  His style is an arresting distillation of the artists who influenced him, including Picasso, Kandinsky and Le Corbusier. He is clearly one to watch. 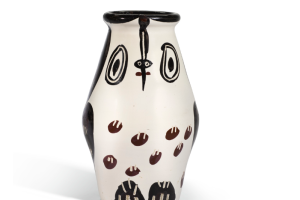 Pablo Picasso’s daughter Paloma once said: ‘We had a menagerie in the house. My father was like St. Francis of Assisi – animals couldn’t resist his aura.’ The Spanish painter, sculptor, printmaker and ceramicist had an enduring love of the animal kingdom.