The border city of Windsor is the site of the National Mural Symposium 2012, a professional development gathering for mural artists, public art consultants and creative developers of community space. This year’s keynote is by Philadelphia-based Meg Saligman, creator of some of the world’s most iconic murals. Philadelphia’s […] 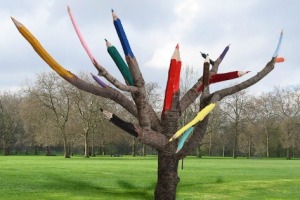 I couldn’t resist this proposal for a public art installation, by Brooklyn-based artist and designer Dave Rittinger. His formal training was in architecture but today he works with American artist Alice Aycock (and previously with Dennis Oppenheim) on speculative and commissioned public art projects all over the world. […]

This wonderfully simple example of a stunning installation was posted on ArtRuby after photographer Patrícia Almeida spotted it in Portugal.  How does public art get any better than this? Beautiful. 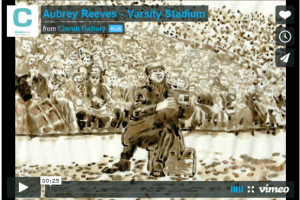 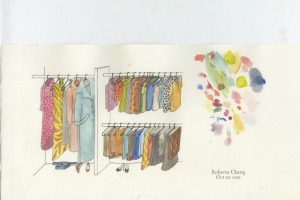 Roberta Chang’s last year at Emily Carr University of Art & Design included this fascinating public work. The 2012 graduate was one of a dozen students who freshened electrical boxes in downtown Vancouver with art. Go to this site for similar work from her grad exhibition. More on […]

Deborah Margo is about to have a prizewinning neighborhood project unveiled in Ottawa, a good time to revisit her fascinating previous installation art.  Twice, she’s worked with these sugar-based jawbreaker style balls in exhibits with names as fascinating as her work.  The first,  Giant Okeydokes 20085, consisted of […]