Ali Basiedji is notable as much for the story behind his art as the expressionistic works themselves.  For five years, he has painted – and come to know the locals – in a controversial swath of land expropriated 40 years ago for an  airport that has never been built (the Pickering airport, east of Toronto). 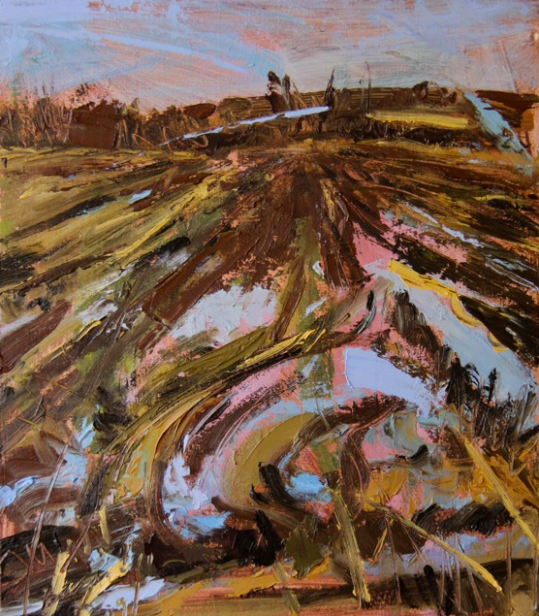 Basiedji says the years of working in the area en plein air has given him “a particular feel for the stories of loss and hope associated with the history of these lands.”  His paintings aren’t specifically meant to tell that story, but he has “tried to infuse a sense of instability, agitation and irrevocability in these paintings that speak of the eventual disappearance of these fields.”

For now, there is an ever present feral and at the same time domesticated force in these lands in constant opposition of each other and a silent but palpable plea that wants to keep them part of nature. -Artist Statement 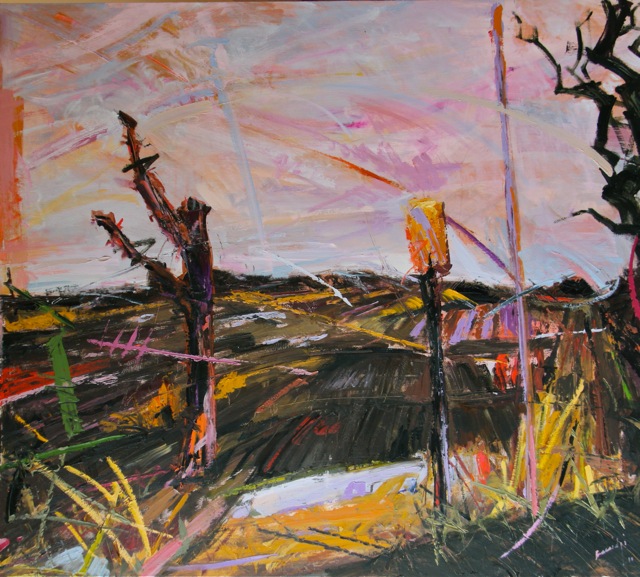 Basiedji is an MA graduate student at OCADU. He has exhibited in Italy and London and has an exhibition opening April 28 at Teodora Art Gallery in Toronto, through May 26, 2012.