The border city of Windsor is the site of the National Mural Symposium 2012, a professional development gathering for mural artists, public art consultants and creative developers of community space. This year’s keynote is by Philadelphia-based Meg Saligman, creator of some of the world’s most iconic murals. Philadelphia’s landmark Common Threads (above) used high school students as models.

Other works include Philadelphia Muses (above) and Once in a Millennium Moon, the largest publicly funded U.S. mural project, in Shreveport, Louisiana. Saligman was the first to include actual community members in murals and enabled communities to participate in  public art-making. Her influence continues with computer techniques that are now widely used in the mural design process. 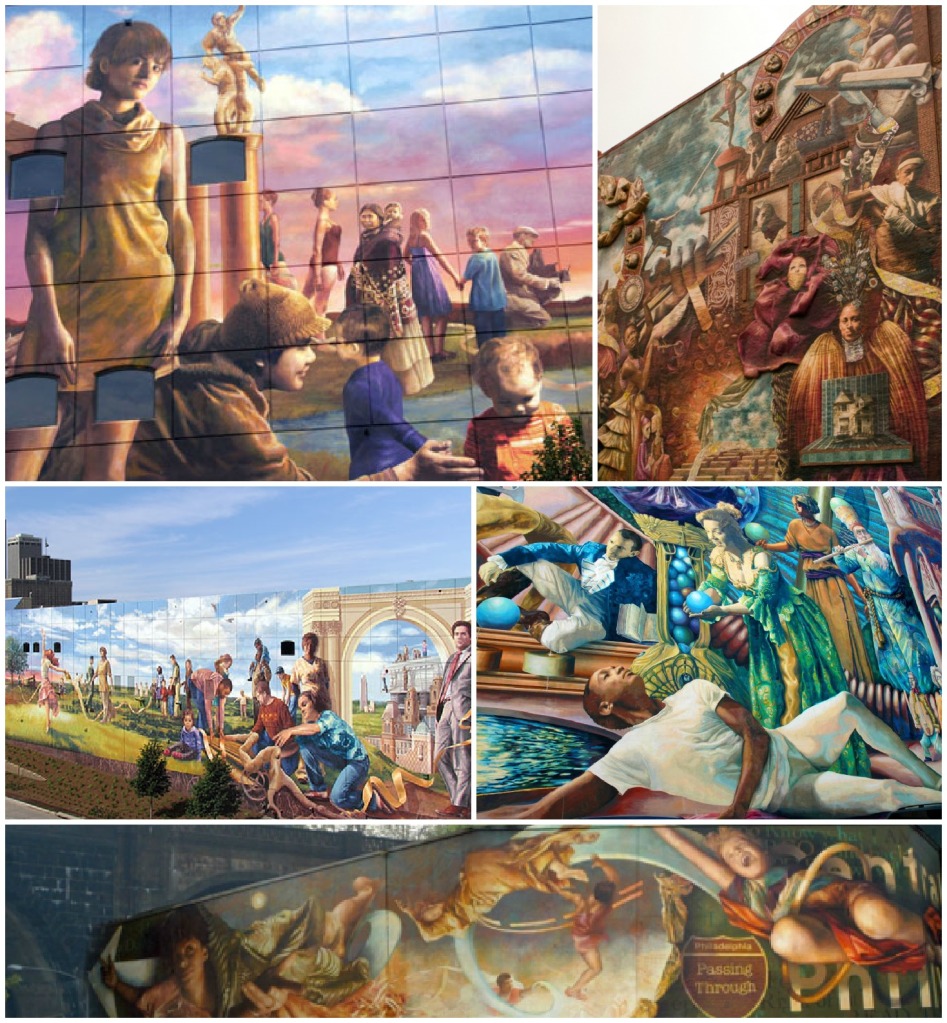 Meg Saligman’s website, here. (Love the animated intro to her work on the home page)