Paraskeva Clark (1898-1986) was a unique artist with leftist political leanings who focused on social and political turmoil, including the consequences of war and fascism.  Born in Russia, where she worked in a shoe factory and went through the Russian Revolution, she moved to Paris to study art and married a Canadian.

When she moved with her husband to Toronto in 1931, the Canadian art scene was ready for a change, writes curator and art historian Christine Boyanoski. 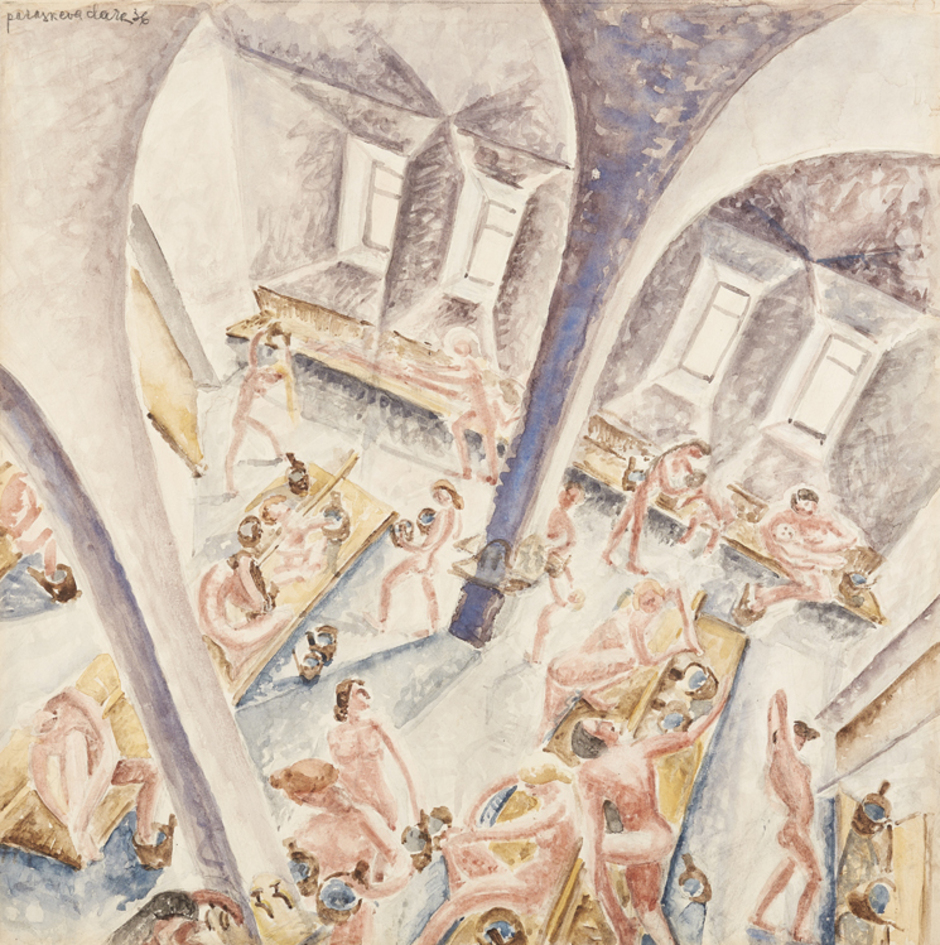 “The dominant wilderness landscape idiom, rooted in nationalist ideology, was no longer adequate to express the social and political turmoil that would unfold over the next two decades,” Boyanoski writes in an Art Canada Institute e-book (here).

Her first Canadian works were portraits and still lifes. But she could not ignore the political and economic crises of the day. By the end of the 1930s, her work reflected her ideology and she became involved in more activism. (Above: Petroushka, 1937)

In the 1940s, disappointed at not being chosen to be a civilian war artist, Clark petitioned the National Gallery of Canada and was commissioned in 1944 to paint women making contributions to war. This image (Parachute Riggers, 1947) and  Maintenance Jobs in the Hangar, 1945 (at top of post) are two of the three works she submitted.

Paraskeva Clark at the National Gallery of Canada, here.