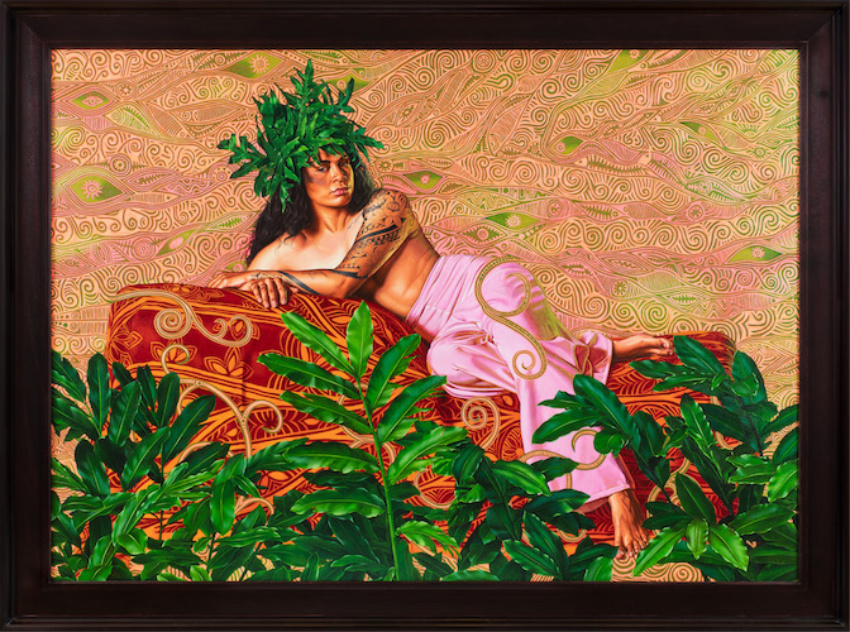 Kehinde Wiley, Barack Obama’s official portrait artist, is in Paris with a new series of paintings and a video-installation based on his time spent this past year in Tahiti.

Wiley’s new works are focused on Tahiti’s Māhū community, the traditional Polynesian classification of people of a third gender, between male and female. The Māhū were highly respected within their society until they were banned by Catholic and Protestant missionaries – Galerie Templon, Paris 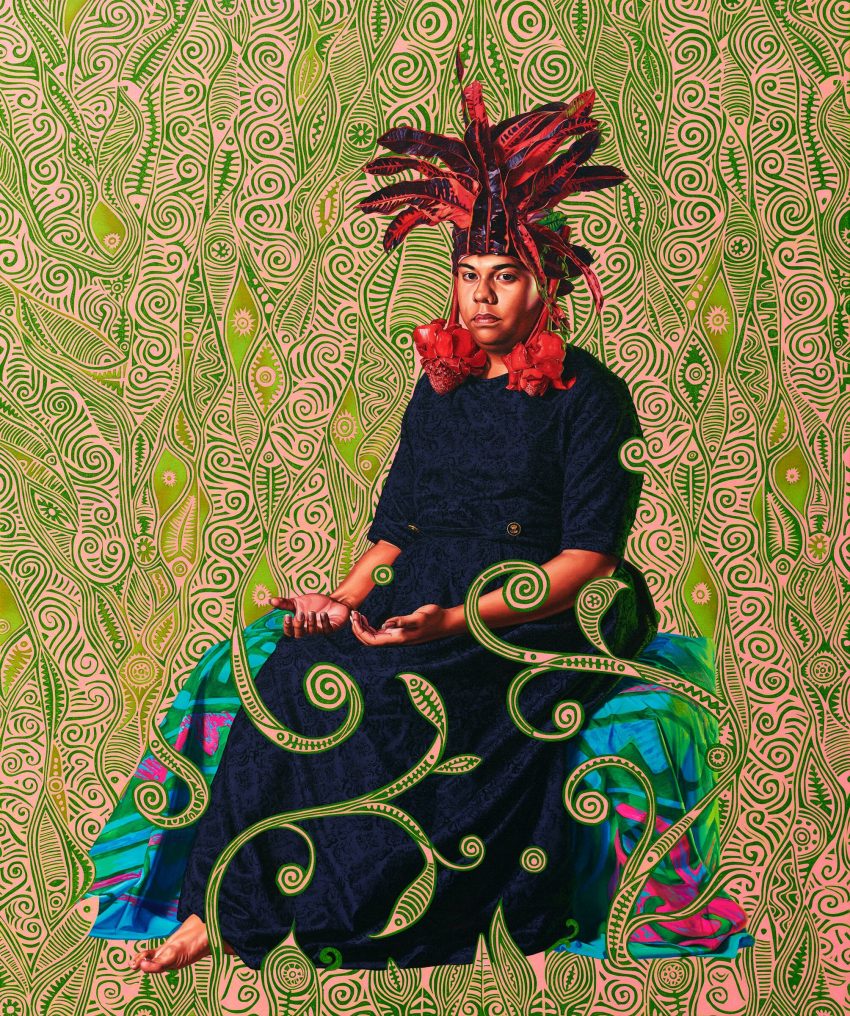 Wiley’s portraits of beautiful, transgender Tahitian women reference and confront Paul Gauguin’s celebrated works, which also feature subjects from the transgender community, but are fraught with historical undertones of colonialism and sexual objectification, the gallery says in exhibition notes. The show ends July 20, 2019.

Scroll through selected works on the gallery’s exhibition page, here.