The vividly colored, stretched and tilted landscapes of Glenn Payan’s British Columbia are almost fairytale-like in composition. But there’s nothing childlike about this one-time teacher’s rising reputation as a professional artist.  His stylish works have an ever-growing following, via the Ian Tan Gallery, Vancouver and Hong Kong. (Detail, above From: On the Way Home From Whistler, 2009)

Payan’s idealized interpretations of the soaring Rocky Mountains and the wild B.C. coast are influenced by his long years as a mountaineer and rock climber, when he drew, sketched and painted as an amateur.  When he felt called to practice his art full time, he studied for two years with Polish master Agata Teodorowicz.

These long, tall, almost distorted structures are characteristic of most of Payan’s work. 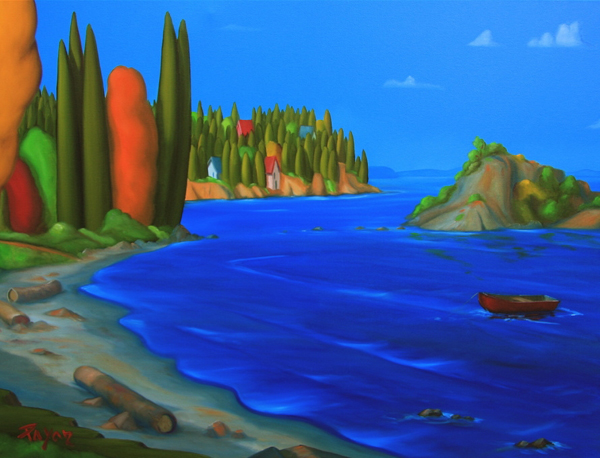 I tend not to refer to reality too much when developing a piece but rather draw on my own memories and recollections when choosing my subject matter and composing a painting. This way I tend to eliminate the superfluous and the trite, focusing more on those elements that made the memory such a fond one in the first place.  -Glenn Payan 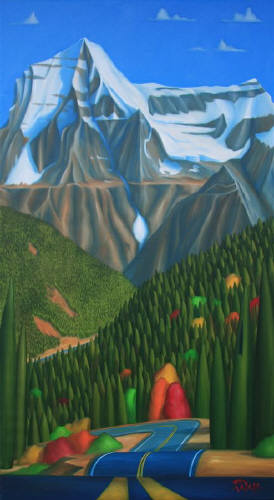 The artist’s C.V. on the site of the Canada House Gallery (Banff) here

The full version of On the Way Home From Whistler, 2009 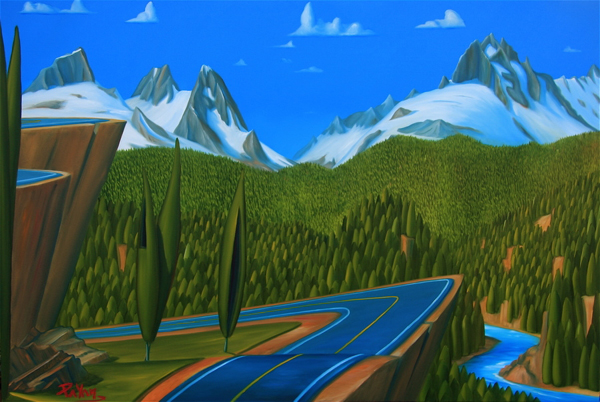