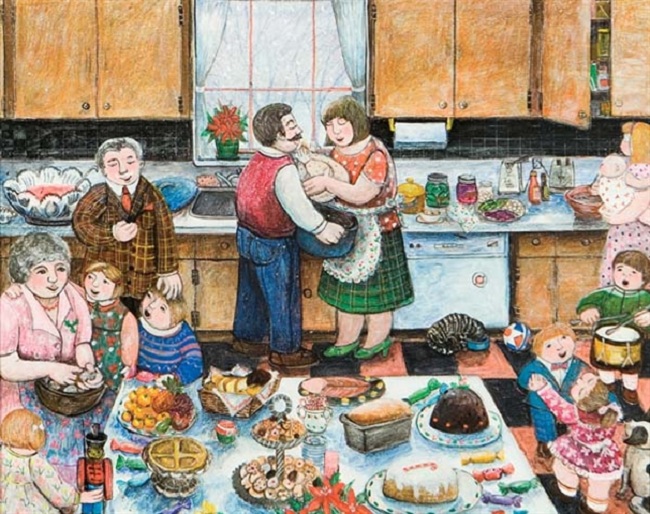 Alberto de Castro’s painting – Christmas Dinner – captures the extended family excitement that many Canadians experience. The detail is remarkable, given that de Castro (1952-1995) grew up in a Portuguese family in Angola, then studied art in Spain.

It wasn’t until de Castro immigrated in 1969 to Canada, first to Montreal and then Toronto, that he would have been introduced to the farm-kitchen style traditions so accurately depicted in this painting.  He found much inspiration in Canada, particularly from the winters.

“I used to dream of snow as a child in Angola,” he said before his death at age 42.  “I had only seen it in the movies but I longed to see its whiteness, its purity, for myself.”  (Short biography here) 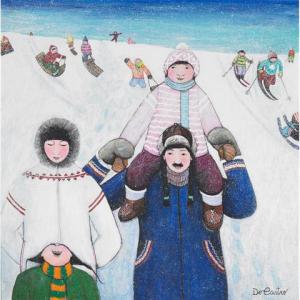 It seemed appropriate to end Christmas week with a family holiday image. I would like to take this opportunity to wish you all a Merry Christmas, or Happy Hanukkah, and hope the rest of your season is full of joy. Thank you to all the followers of this new-ish blog. Your support is much appreciated.