“I chose food as a backdrop because it is a constant,”  he says.  “People see a striking image of food and are immediately drawn in because it is something familiar.

He creates the engaging, humorous scenes as commentary on America’s dysfunctional relationship with food.

Boffoli is a Seattle-based photographer, artist and filmmaker with a background in literature and writing. 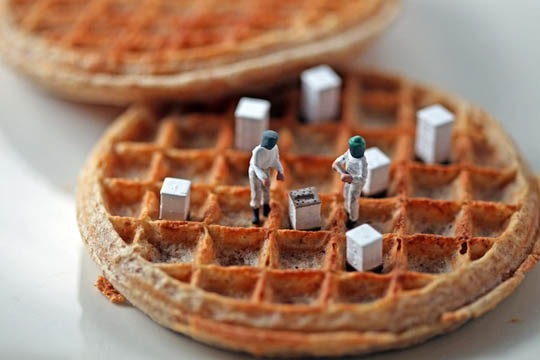