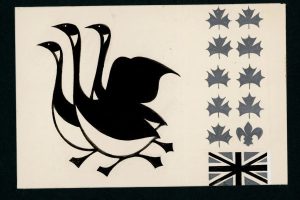 On this day in 1965, Canada’s red and white flag rose for the first time on Parliament Hill.  Artists, designers and the public submitted thousands of designs, including this rough hand-drawn suggestion by Group of Seven artist A.Y. Jackson. 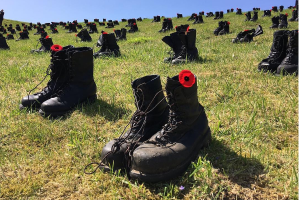 This is the best image I’ve seen to mark the 100th Anniversary of the battle of Vimy Ridge today.  Well worth noting. View this post on Instagram These boots adorned with poppies at the Canadian National Memorial in northern France represent the 3,598 Canadians who died at Vimy […] 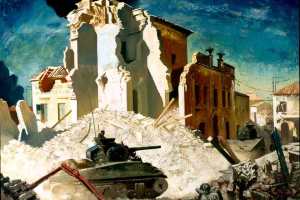 Some of the most popular Canadian paintings of the Second World War are the work of Charles Comfort, who served as an official war artist. But he was also a muralist, sculptor, teacher and administrator, including director of the National Gallery of Canada. 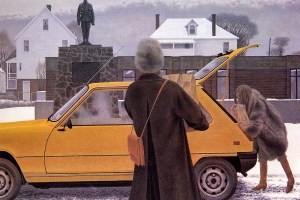 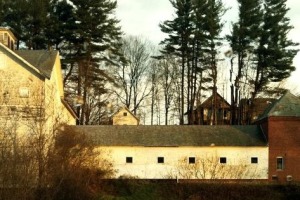 The Magic of Preservation

This gorgeous barn and granary complex in Walpole, N.H., is being renovated as the new home of Cynthia-Reeves New England, a contemporary gallery that clearly sees the magic in heritage preservation. High ceilings, room for large works and space for a sculpture garden. I’m a huge fan of […] 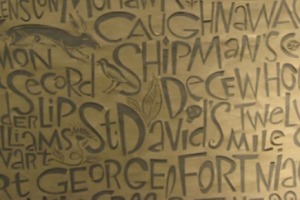 If you’re Canadian, you’re likely familiar with Laura Secord, the Niagara housewife who ran 26 miles through enemy territory to warn the British and their aboriginal allies of an impending attack by American forces in the war of 1812.  Artist and designer Barbara Klunder, a Secord descendant, tells […]