The awards keep rolling in for Meditations, the exquisite wildlife series by Canadian artist Alice Zilberberg

The end of summer is the perfect time to appreciate American photographer Joni Sternbach’s surfer works, which are atmospheric and nostalgic, although they are contemporary shots. Sternbach is well known for Surfland, a series of unique tintype portraits and seascapes along America’s coasts. She also captures abandoned places, […]

George Byrne’s photographs capture pastel hues seen on the streets of Sydney, Miami, and Los Angeles. The photos are then rearranged into collage, sometimes to the point of near abstraction. 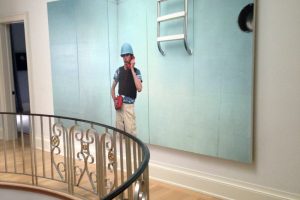 Oleh Sirant is a Toronto artist specializing in staged, large-scale digital photography, with a focus on contemporary portraiture.  His digital images are printed on canvas with archival ink.

Photography: Art of the Sequence

Few shots can match the appeal of a well executed sequence photograph, such as this work by Vancouver-based  Scott Serfas.  Or the one below, by Jonatan Nylander of Sweden “Sequence photography is a technique of shooting a series of images in where the subject is captured in successive […] 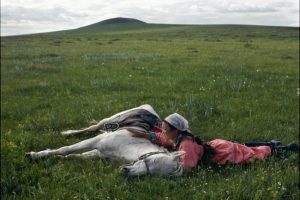 Quick Hits: All About Women

A retrospective of the late, acclaimed photographer Eve Arnold’s portraits of women is on show through Dec. 8, 2019 in Italy (info here). Called All About Women, it’s drawn from Magnum Photos, the organization she was associated with from the 1950s.