Susan Dobson: An eye for alienation 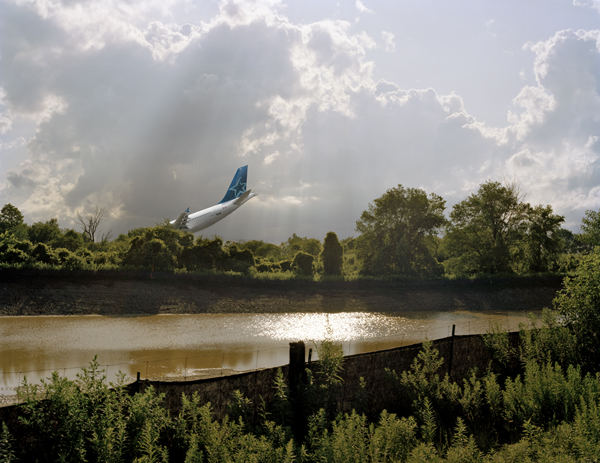 Canadian photo-based artist Susan Dobson covers suburban culture, architecture, and landscape in a portfolio that takes on everything from the rising moon to toy-strewn basements.  Her sharp observations on urban development and alienation have brought her international recognition.  (Above: Flight Path, from the series Dislocation)

End of the Line, from Dislocation

Dobson is currently on exhibit at the City of Toronto archives in a collection that looks at how photography shaped ideas about Central and Eastern European immigrants 100 years ago. Historical photos of Toronto are juxtaposed with new works by Dobson to reflect on how the Ward, an area in the core, has changed over the course of a century. (Below, one of Dobson’s exhibit works: College Park)

-Courtesy of the artist

With this exhibition, Dobson continues to explore her long-standing interest in the relation between space, power, and human relations. The photographs presented assert that today, the area has become highly commercialized, with the streetscape dominated by multinational corporations and condominiums for the wealthy. -Curator Sarah Bassnett 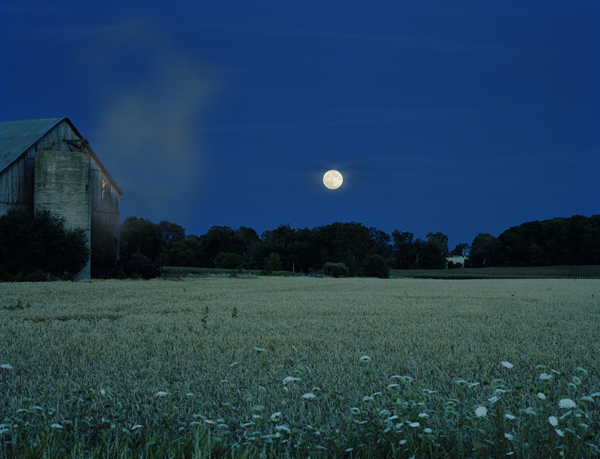 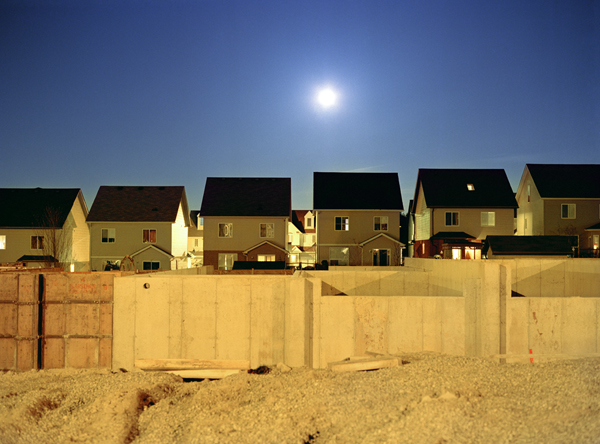 Above: Row Houses, from Moonrise  Below: Two untitled pieces from the series Natural Law

Above, and the two images below: Untitled pieces from the series Open House

Susan Dobson is an associate professor at the College of Arts, University of Guelph.  Her photographs and installations have been in solo and group exhibitions across Canada, as well as in the United States, United Kingdom, Belgium, China, Germany, Spain, and Mexico.  She has been a featured artist in a number of photography festivals and is the recipient of numerous awards.