Sandra Meigs has been primarily a painter for more than 35 years, influencing Canadian art as a Governor General’s Award winner, educator (University of Victoria) and multi-disciplinary innovator. But it was grief over the loss of her husband after only a year of marriage that propelled her into her best-known work. 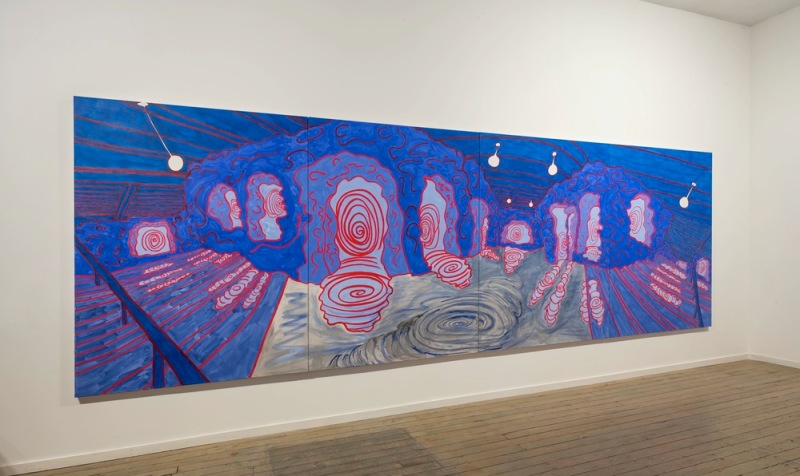 See the video at the end of this post done for her 2015 GG Award in the Visual Arts. It explains how her grief merged with her art, and how she came to paint her basement crawl space. 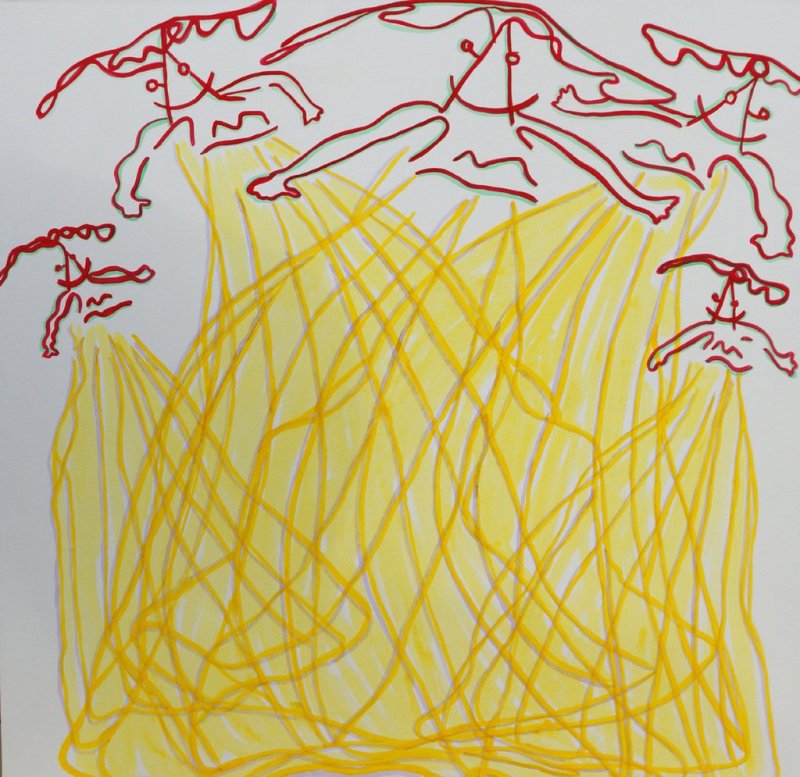 Meigs has just ended En Trance, (above) a preview for 15 of 30 paintings going on exhibit in September, 2017 at the Art Gallery of Ontario as part of her Gershon Iskowitz Prize (2015). 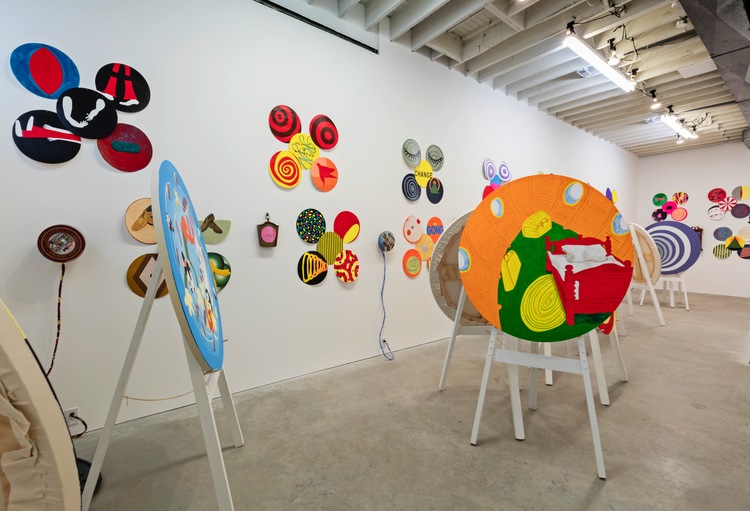 Her All to All exhibit (2015, above) is an example of the scope of Meigs’ work, which blends painting, sculpture and performance. Canadian Art Junkie first posted about her in 2011, when she was painting commentary on the bar and club scene.

All the Basement Panoramas, here.