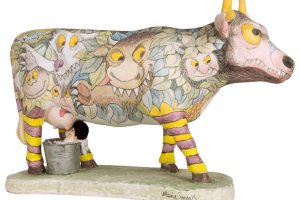 Renowned children’s author and illustrator Maurice Sendak created this tabletop cow, illustrated with figures from his Where the Wild Things Are.  It was done as part of an international public art exhibit, the Cow Parade staged in New York, Chicago and Zurich.  Although he was invited to decorate […] 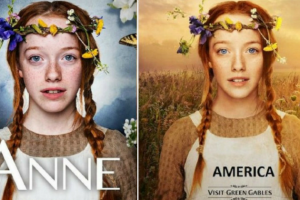 The way Anne of Green Gables looks is such a part of Canadian culture that the photoshopping of a U.S. poster for the new Netflix version of the story has triggered controversy. Complaints blew up on social media after a Twitter user pointed out differences in posters done for Canada […] 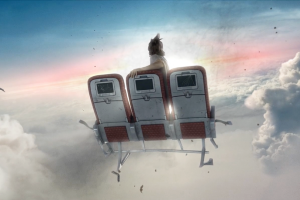 Two young Canadians have scored an upset win at the South by Southwest Film Awards for a visually arresting short film using VFX and 3D animation as the trailer for a new book.