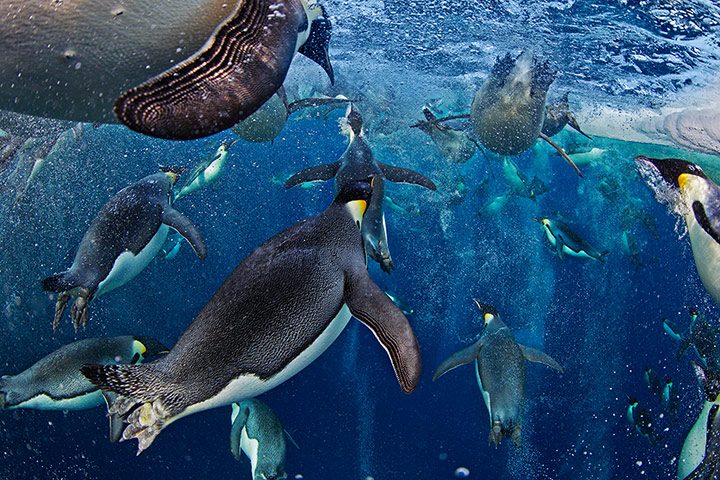 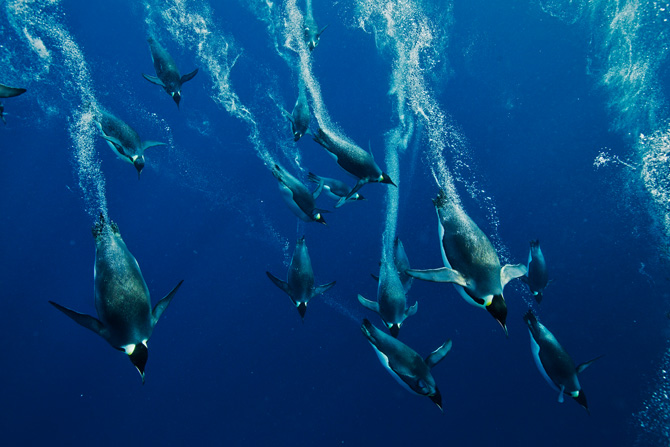 Nicklen uses his camera to chronicle a world melting away under global warming. He has specialized in photographing polar regions since 1995, shooting a dozen National Geographic stories and covers to date (see their profile on him, here.) The image above is also from the penguin series. 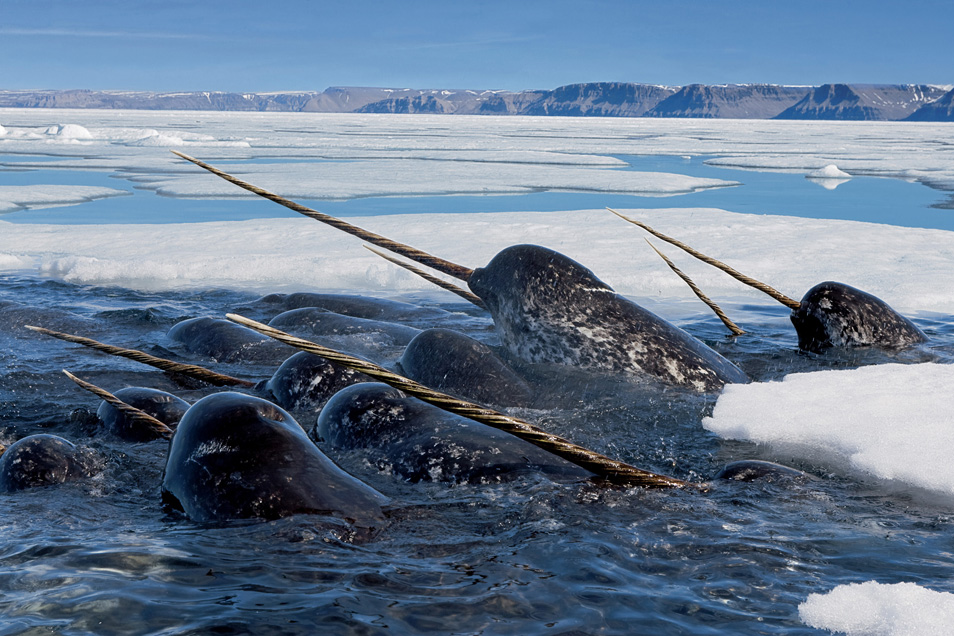 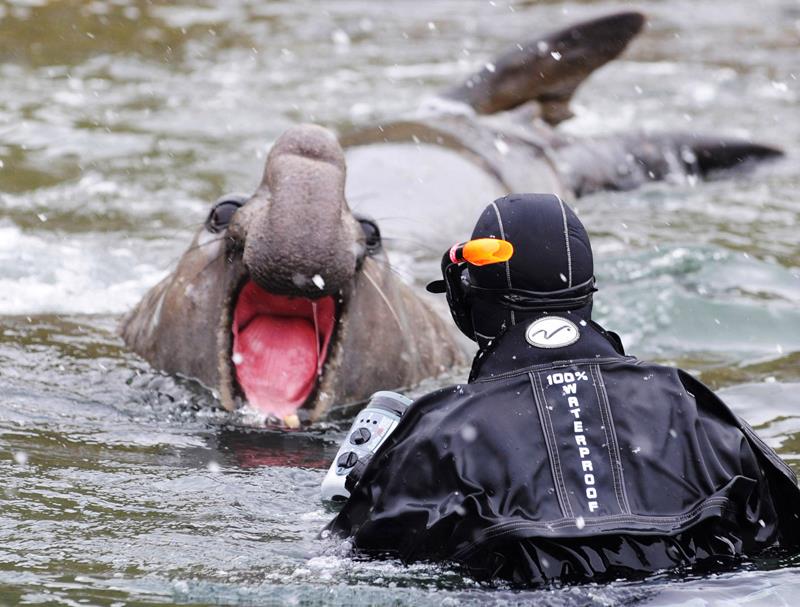 Above: in the water on one of his shoots.

Go here for a narrated account of the penguin shoot.