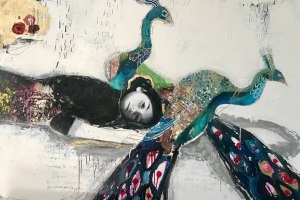 Coulombe: Symbolism of the unspoken

Quebec artist Sylvain Coulombe is on exhibit with The Symbolism of the Unspoken, his first solo show in Toronto. There’s a  strong sculptural element to his portraits, due to thick applications of paint, and deep scraping and carving of his wooden canvases.

Toronto’s Thompson Landry Gallery showcases a collection of striking new work by Dominique Fortin, who creates in a unique, dream-like style full of fantasy and romanticism.   She focuses on themes of childhood, and how the fanciful imaginations of lost childhood have become found again in her own children. […] 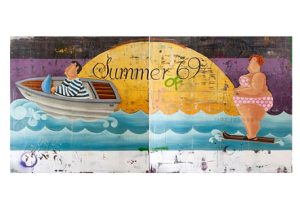