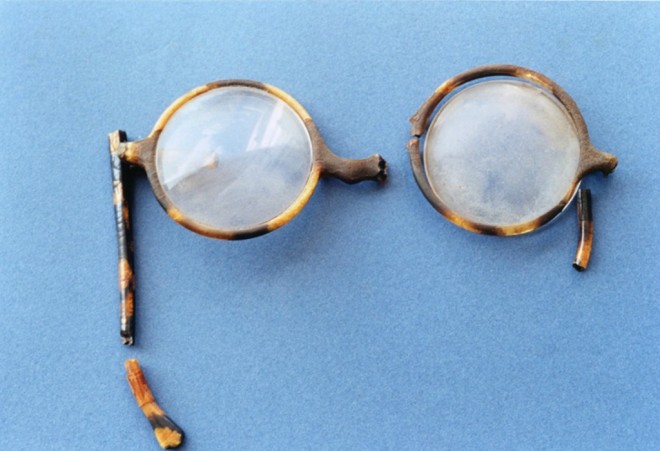 Heartbreaking remnants of clothing and personal effects left behind by the victims of the atomic bombing of Hiroshima in August, 1945, are the images in this exhibit at the Museum of Anthropology in Vancouver.

Internationally acclaimed for a career spanning three decades, Ishiuchi Miyako chose the subjects of her 48 photographs from more than 19,000 objects housed in the Hiroshima Peace Memorial Museum.

Some of her images were released in 2009 in book form, in Japanese, but this is the first time there has been an exhibit of the photography outside Japan.

“Unlike the black-and-white images most often associated with Hiroshima, showing devastated landscapes emptied of humanity, Ishiuchi’s colour photographs represent her own deeply personal, intimate encounters with everyday objects that, unlike the people to whom they once belonged, continue to exist in the present. Testaments to a profound trauma, they also illuminate the beauty, diversity, and complexity of individual lives in ways immediately accessible to contemporary audiences.” –Museum of Anthropology, University of British Columbia

“Miyako only chose things that were once in contact with human skin. She photographs these ghostly things on a light table to illuminate the fabric, stains and ruptures, holes and sutures. It is disturbing and oddly fulfilling to find so much beauty in the rendering of horror with spectacular aesthetics.” – The Asia Pacific Journal