The Otherworldly Beauty of the Worst Job Ever 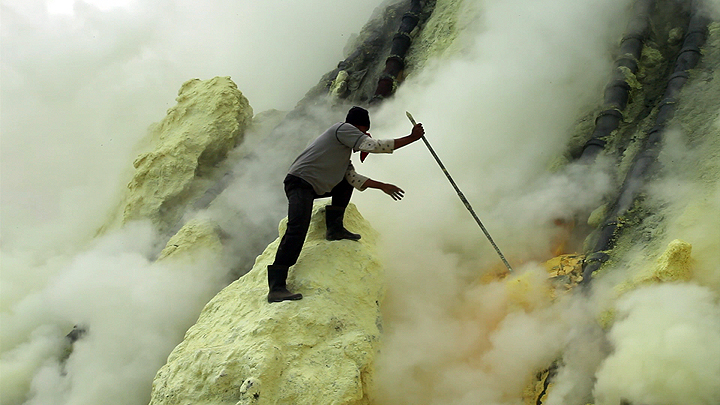 This piece by video artist Janet Biggs, A Step on the Sun, is a stunning combination of natural beauty and the horror of the worst job ever.  It documents sulfur mining at Kawah Ijen, a volcano in East Java, Indonesia, where virtually unprotected workers are awash in poisonous sulfur dioxide gas while gathering sulfur crystals. 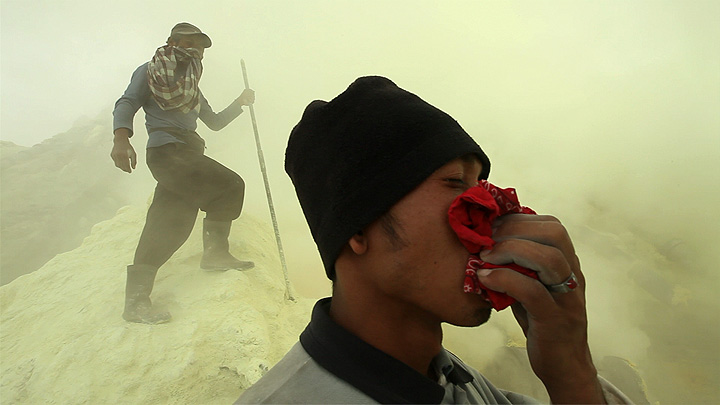 Biggs, based in Brooklyn, has four pieces on exhibit through Jan. 6, 2013 at the Musée d’art contemporain de Montréal in a show that explores her take on geographical and physical extremes. The other three videos focus on experiences in the Arctic. 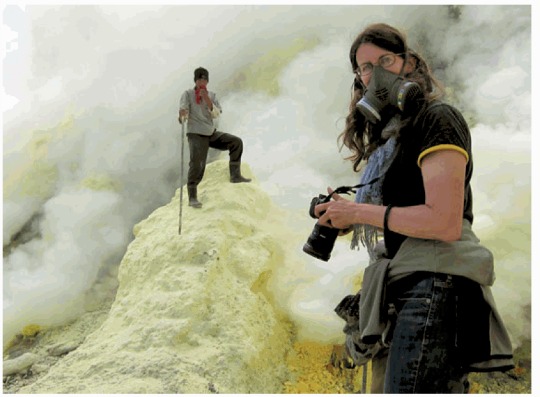 Inside the volcano is the world’s largest acid lake, which, Biggs says, eats through a tin can in 15 seconds. “I’m drawn to environments that are really otherworldly and extreme,” Biggs told The Link.  “It’s not just the environment, it’s pursuing people that not only survive, but thrive in these environments.” 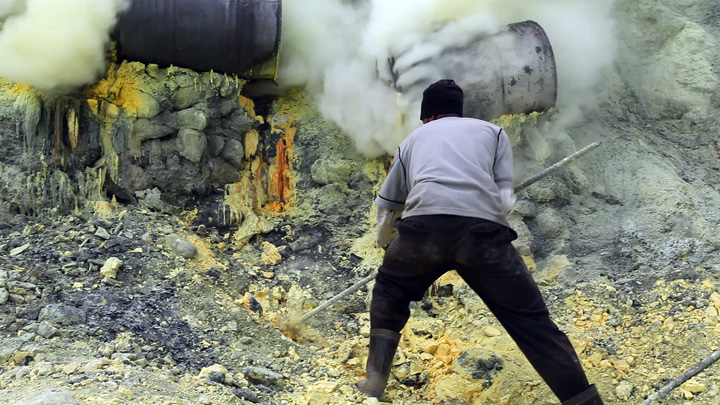 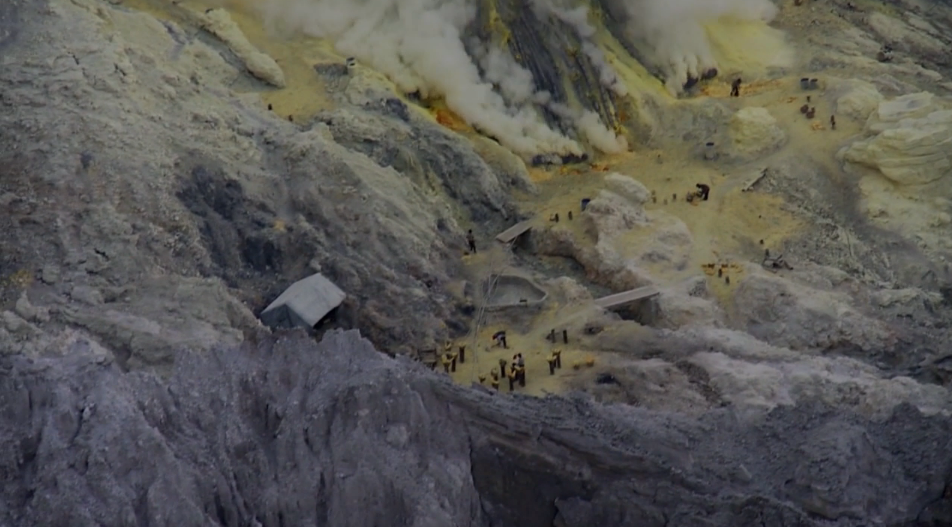 “It really does seem like Mars. And the yellow of the sulfur is so bright, and that acid lake is this incredible blue. At the same time, it’s the most exploitative thing I’ve ever seen in my life.” Biggs, told Washington Post. 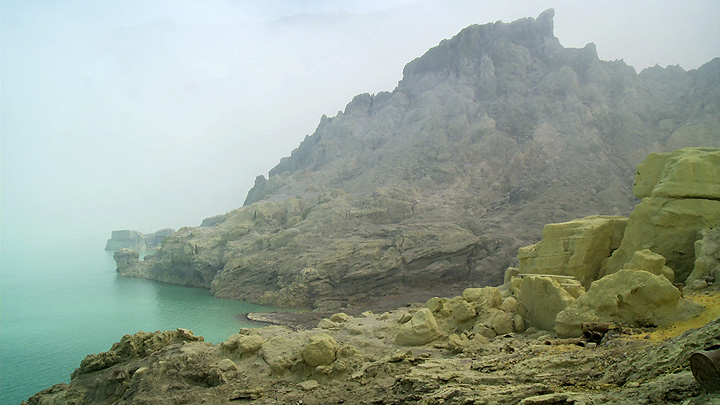 Miners carry the crystals out in bamboo baskets.  It’s a 45-minute climb out of the volcano and up to three hours to the weigh station.  The pay for two loads a day is $6 to $8 a load.  The trailer below begins with a weather balloon test, then moves to the drama of the mining site.

A Step on the Sun (Excerpt) from Janet Biggs on Vimeo.