How fitting that the legendary artist  Elisapee Ishulutaq is on the New Year’s honors list, for her leadership of the progressive Inuit art movement in the Nunavut community of Pangnirtung, on Baffin Island. She is being invested as a member of the Order of Canada – the country’s highest civilian award.  (Above: Preparations for Food, from National Gallery of Canada / Below: Three Snow Geese, from the 2010  Pangnirtung Print Collection) 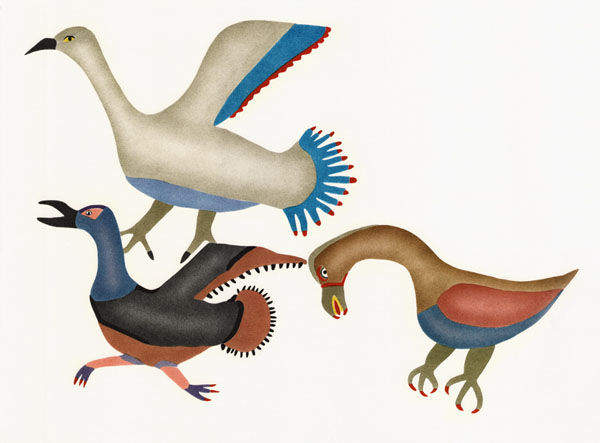 Born in 1925 at a seasonal camp near one of Canada’s northernmost communities, she spent her early years in a world where men hunted caribou in sealskin kayaks and women made clothing out of hide. When she became involved in the burgeoning Inuit art movement, she focused on works that portrayed that traditional way of life.

Recognizing the originality and force of her drawings, Pangnirtung’s weavers began using Ishulutaq’s designs as the basis for their large-scale tapestries, a practice that has been maintained into the present. Ishulutaq’s subjects include hunters pulling seals across the sea ice and kayakers paddling close to shore. Themes of Inuit mythology have also appeared in her work.  -Biography, Marion Scott Gallery (Above: Summer Camp, from Feheley Fine Arts) 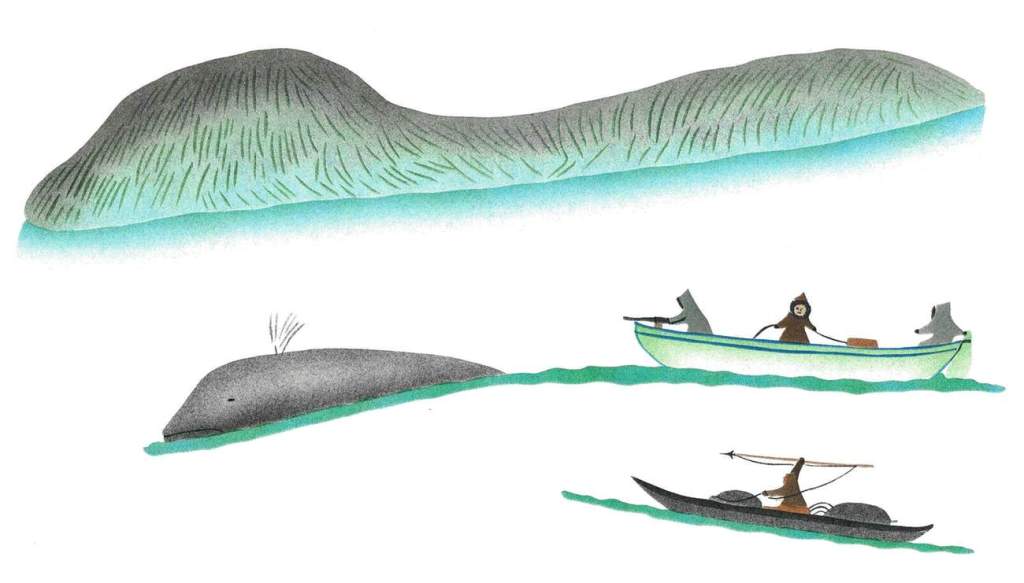 Ishulutaq’s works capture the essence – and minutiae – of a way of life now preserved primarily in the arts. The following images are from the Elisapee Ishulutaq files of Canadian Arctic Producers, here. 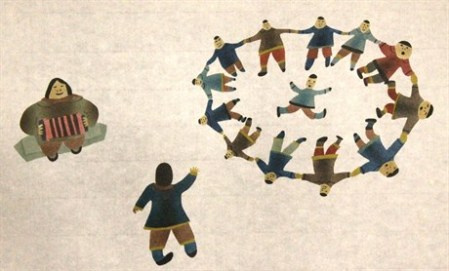 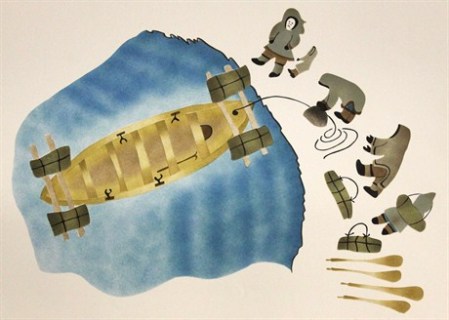 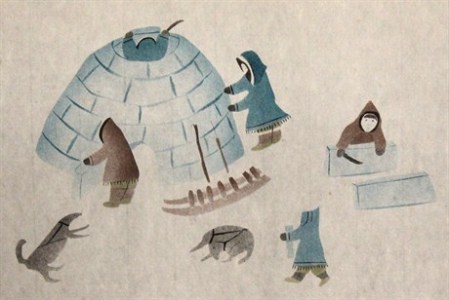 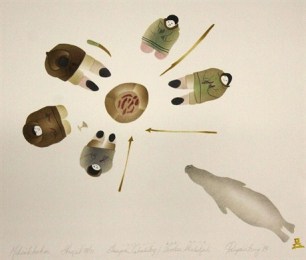 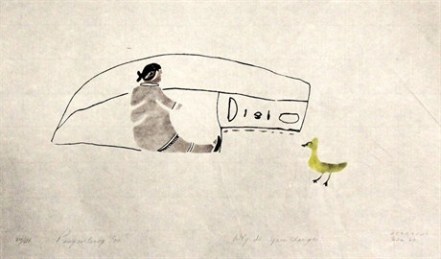