First Nations artisans specialize in making these steam bent cedar boxes, an ingenious woodworking technique that originated centuries ago on the Northwest Coast. A single plank is bent to form a box, with a corner pegged or tied, and then carved or painted and sometimes inlaid with shells. (Above left: Steve Smith / Above right: James Michels – Lattimer Gallery)

The original versions of these beautiful boxes – created in many sizes – were designed to hold prized possessions, including ceremonial objects. Without lids, they would do for cooking or to serve food. The heritage and craftsmanship have fortunately survived to present day and the boxes are still handmade by indigenous artisans of Canada’s west coast.  Above: Made in Haida Gwaii, British Columbia, before 1900, from the Museum of Anthropology, University of British Columbia. 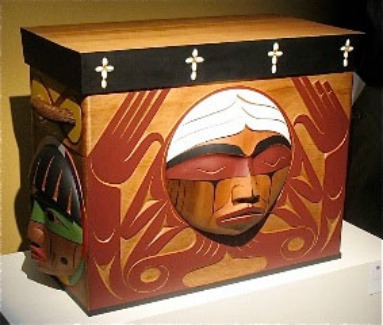 This box by Coast Salish artist Luke Marston was commissioned by Canada’s Truth and Reconciliation Commission as a tribute to Indian Residential School survivors. Marston depicts his grandmother’s experience at one of the church and government schools, where children were taken by the thousands and stripped of language and culture.

Since 2009, it has been traveling with the commission, which holds its last reconciliation gathering this month in Alberta.

Modern boxes – such as above by Jay Simeon –  do not sacrifice tradition or craftsmanship (although they are glued now, instead of tied or notched).  Here is a selection of styles, most from Lattimer Gallery, Vancouver. 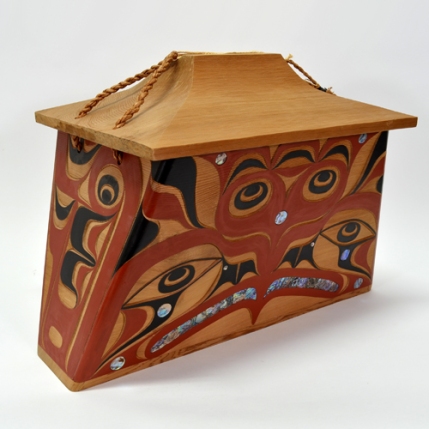 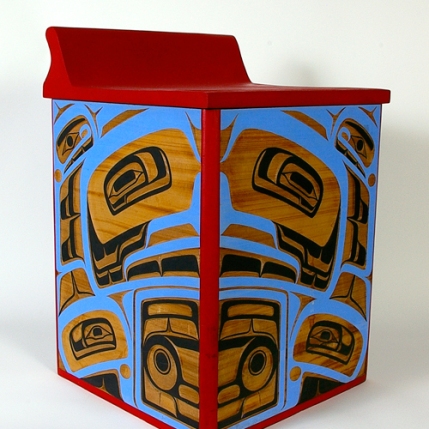 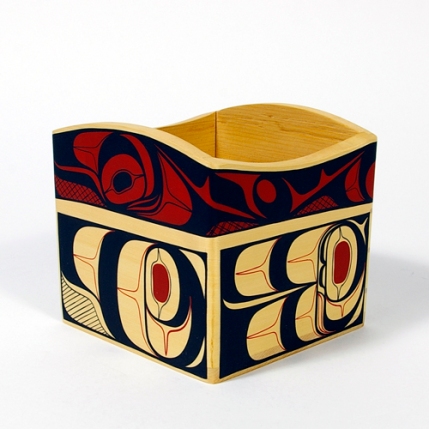 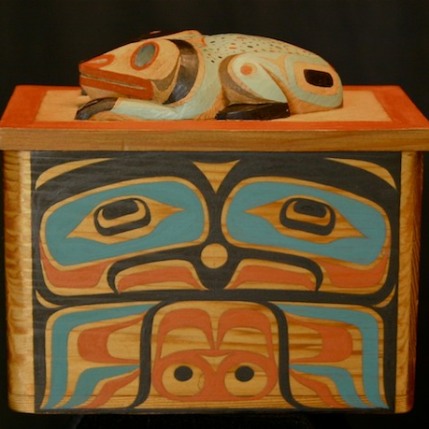