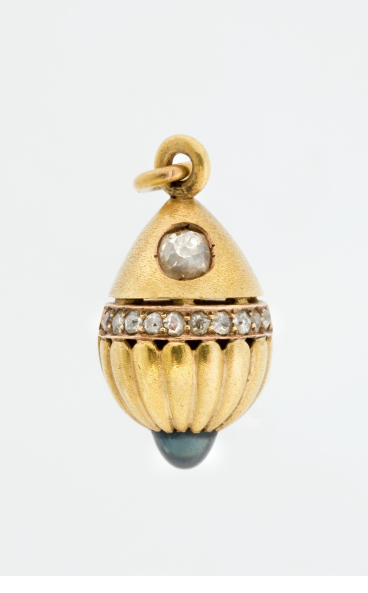 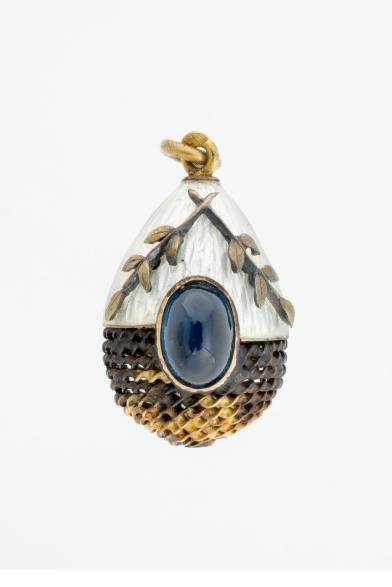 A Fabergé egg is an exquisite jewel made by the Russian House of Fabergé from 1885 to 1917.  Most were miniature eggs popular as gifts at Easter, worn on a neck chain (above).  The most famous eggs were larger, made for Alexander III and Nicholas II, often referred to as the “Imperial” eggs (video below). Fabergé made 52, with many of the eggs that survive held at the Virginia Museum of Fine Arts, which has the world’s largest public collection outside Russia.

Following the execution of Tsar Nicholas II and his family by revolutionaries in 1918, company founder Karl Fabergé fled to Switzerland, where he died in Lausanne in 1920. The large majority of objects by the Fabergé firm have since disappeared. Many were broken up, melted down, or destroyed—but those that remain offer a fascinating glimpse into a vanished era. Read more at the Virginia Museum, here.