This detail from one of the earliest known maps of southern Africa was expected to fetch up to $5,000 at an auction last month but went for $87,500 – perhaps because of the killer lobsters attacking shipwrecked sailors. 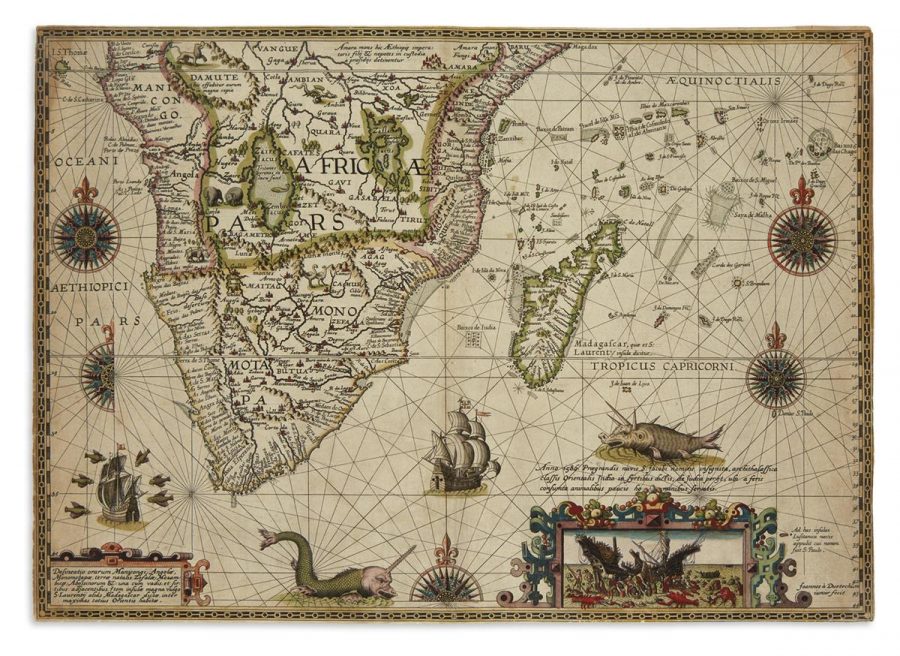 The shipwreck scene, showing men being devoured by gigantic lobsters, is based on the story of a Dutch ship named St Jacobus, which ran aground on the rocks of Baixos de Ludia between Mozambique and Madagascar while returning from the Indies in 1586. Folklore has it the crew was eaten by wild animals (not lobsters).

The map dates to 1592-94 (attributed to the Dutch mapmaker Petrus Plancius) and is one of the oldest printed Dutch charts of coasts outside of Europe. Note the exotic and fanciful beast and sea monsters. (Click image above for larger view)  Swann Auction Galleries original auction description, here.