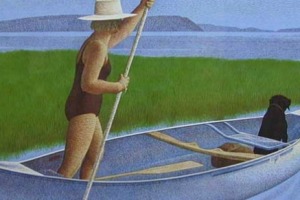 On the water, I prefer a kayak.  But canoes are such a part of Canadian life that I am endlessly drawn to the often mystical imagery of paddling, especially in art. So many iconic Canadian moments are tied to canoeing, including the wilderness trips of Group of Seven […]