The Cool of a Lemonade Igloo

Dutch photo artist Scarlett Hooft Graafland spent four months in the Canadian arctic to produce her Igloolik series, including Lemonade Igloo (above), which really is made from blocks of frozen orange lemonade. 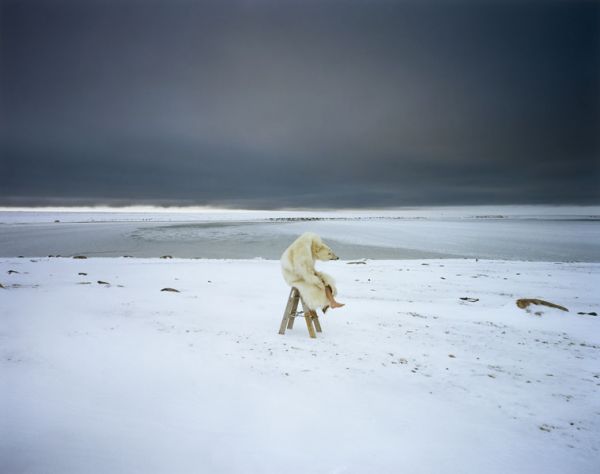 The images eloquently convey the frigid, barren nature of Canada’s far North, in a series that Graafland created to underscore the additional environmental threat the region faces.

She singles out one image, of herself perched on a stepladder in the tundra, swathed in a polar bear rug near a distressingly open sea. Against a blackening sky, her bare foot pokes out from the yellowed fur, testing the waters, maybe, that need to be frozen solid to ensure the bears’ survival. –Toronto Star 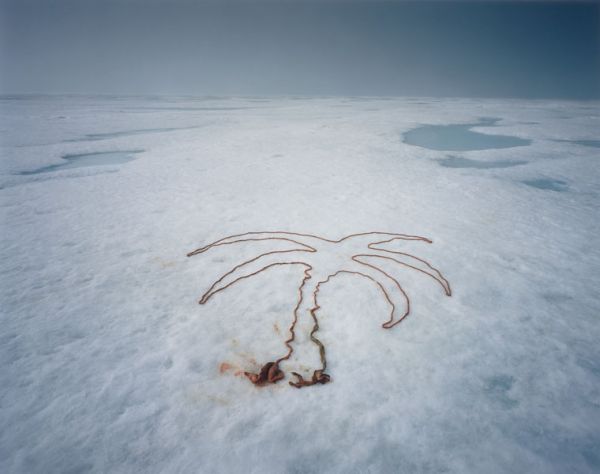 For other cooling Canadian images see these Art Junkie posts: