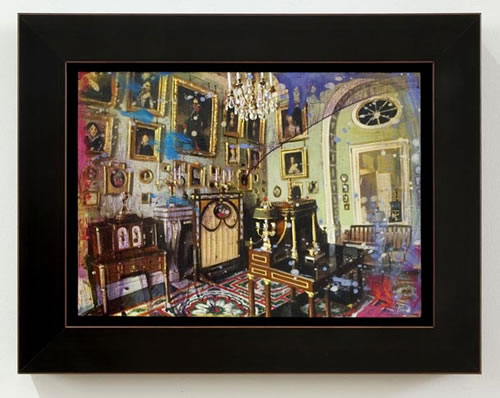 Toronto artist Gerard Gauci is widely known in Canada as a painter and set designer, especially for his still life paintings.  A 1982 graduate of  the Ontario College of Art and Design, he began his career as an illustrator and became a full-time painter in 1998. He has worked as resident set designer for Opera Atelier in Toronto since 1986.  Most recently he has been working on this series of small-scale paintings depicting rooms in the great palaces and villas of Italy, France and England.  These images are from Katzman Kamen Gallery. 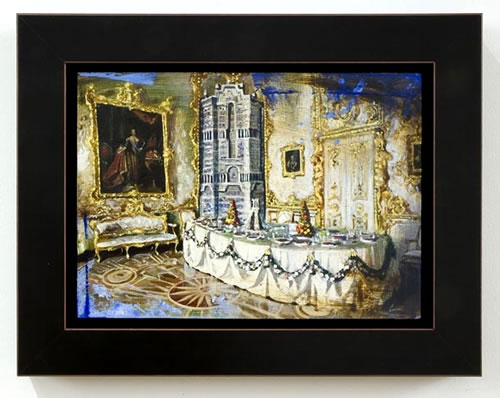 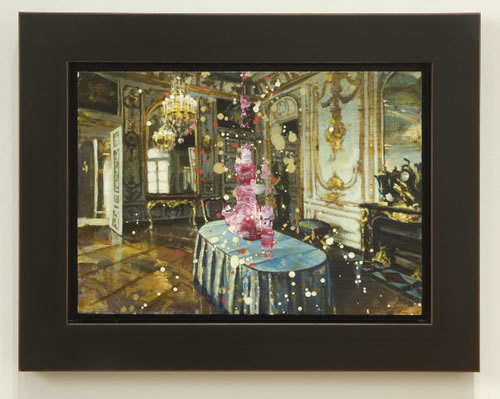 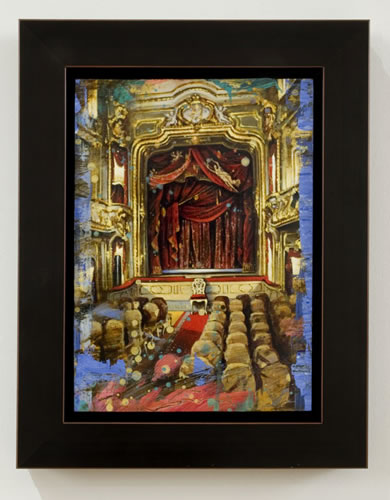 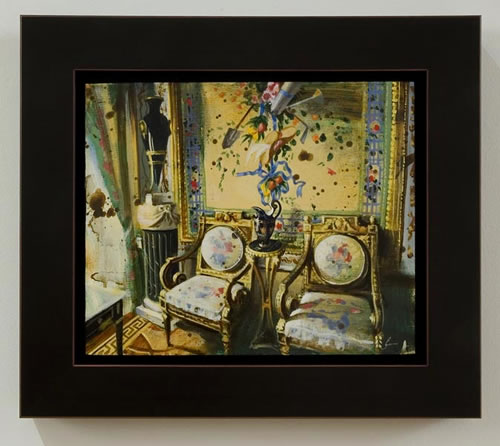 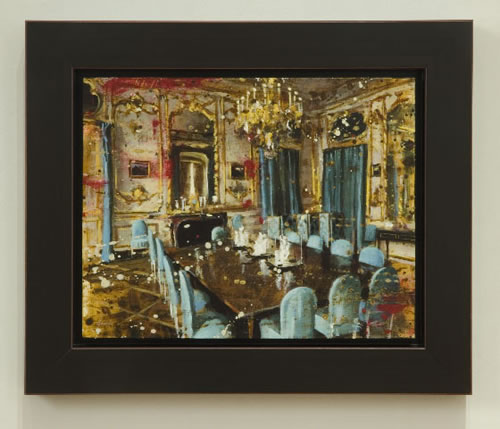 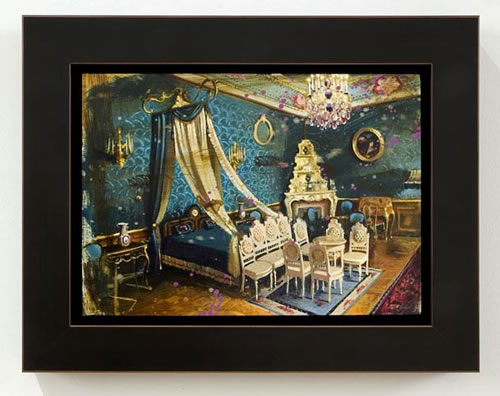 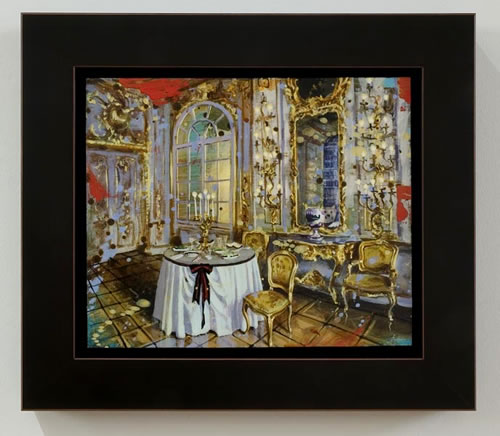