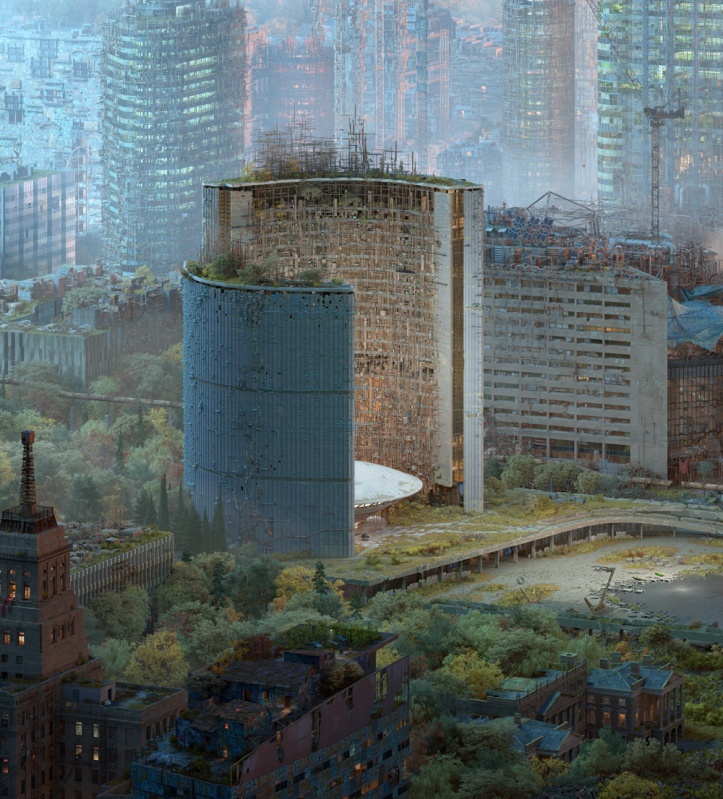 The lens of the Toronto-based artist and illustrator shows “an accretion of imagined structures and the decay of old ones. The prevalent theme is the relationship between the built environment and nature,” notes for the exhibition say. (Above: Borrett’s 3D model of the city, used to create the series.) 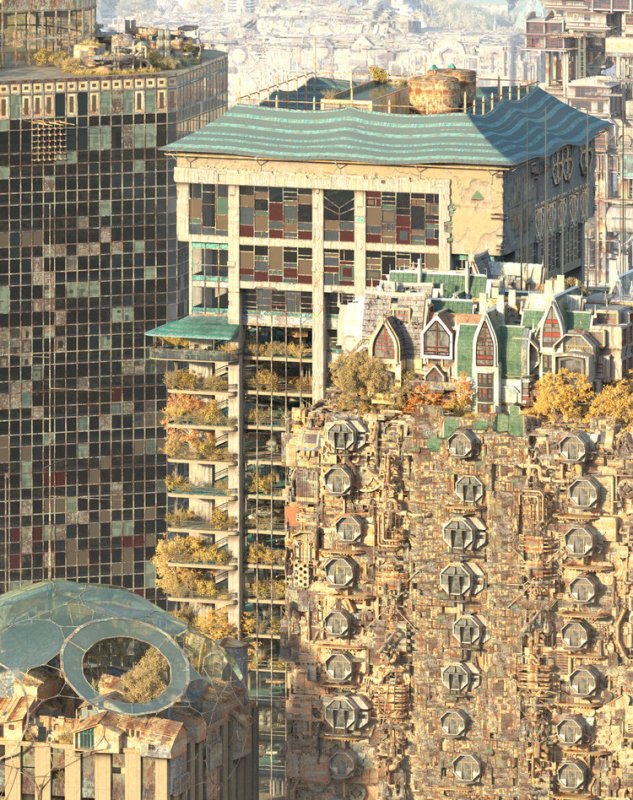 Mathew Borrett has worked in the visual effects industry for TV and film. Recently he has been exploring ways to blend his work in traditional drawing with digital techniques. He graduated from the illustration program from OCAD University in 1998.

NOTE: Hypnagogia is the experience of the transitional state from wakefulness to sleep. Mental phenomena that occur during this “threshold consciousness” phase include lucid thought, lucid dreaming, hallucinations, and sleep paralysis.