One of U.K. artist Luke Jerram’s enormous sculpted moons is up for exhibition at Toronto’s Bentway, a 1.75-kilometre public space and outdoor gallery running under the city’s downtown Gardiner Expressway.  Museum of the Moon is a group of touring works by Jerram, already presented in dozens of cities and arts and cultural festivals, with more scheduled over the coming years.

Fallen Moon, floated down a mile of the Bristol docks in August

One of his moons was in an exhibition just ending at Toronto’s Aga Khan Museum (See the previous Art Junkie post, here). The show at the Bentway opens today through Sept. 15. There’s a version on display through Oct. 25 at the Canadian Museum of Nature in Ottawa, and (below) another typical installation at the train station in Lille, France. 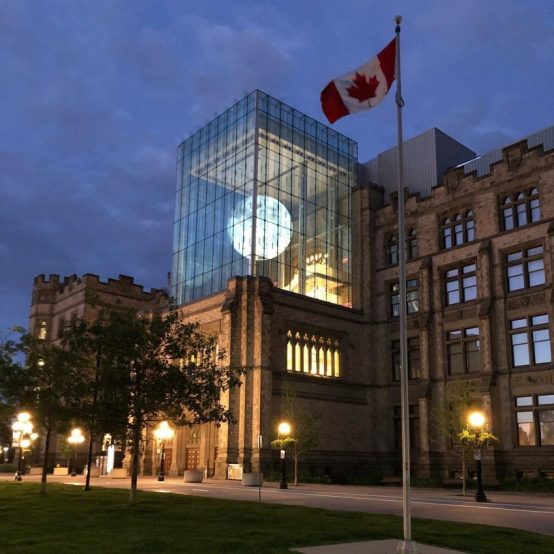 At the Bentway, the giant balloon is seven metres in diameter, built to a 1:500,000 scale using NASA imagery. Jerram has become an international sensation and some of his installations attract 10s of thousands of viewers. Over 200,000 people visited the artwork when it was presented in the Beijing Olympic Swimming pool.

Other sites and versions on Luke Jerram’s Instagram, here.