Jeff Molloy is a painter and sculptor working mostly in assemblage. He focuses on the cultural symbols of Canada such as hockey sweaters, Hudson’s Bay blankets, even portraits of  prime ministers wearing lumber jackets or buckskins.  Often, the symbols are hanging, familiar but slightly surreal.

I create multidimensional and multi-sensory works that evoke strong emotion in the viewer. I describe myself as a farmer of art. I take objects, reassemble them and invoke new ways of seeing by shattering existing associations and giving new meaning to those objects. Art has the power to reach people at a primordial level. –Jeff Molloy

Moose are also key symbols in his work.

This assemblage is Thomson Paintbox, reminiscent of the Group of Seven’s iconic Tom Thomson. 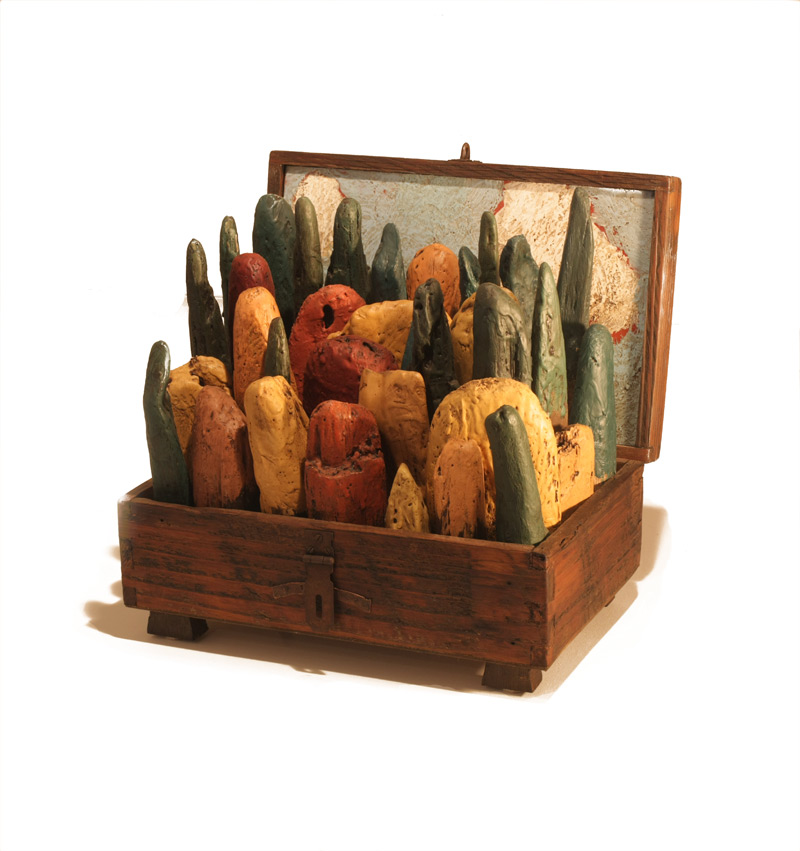 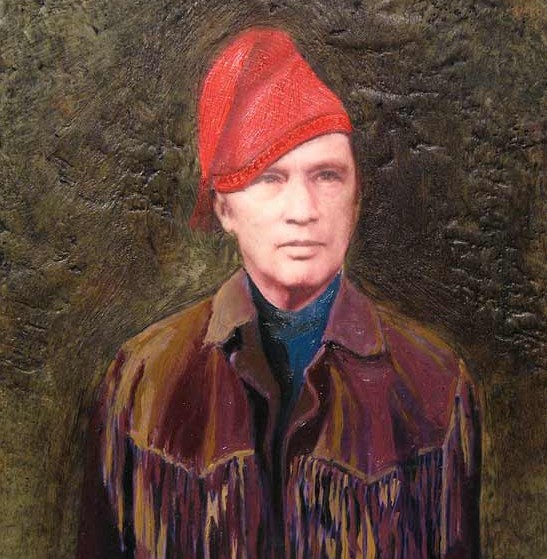 Molloy’s show at Artscape Triangle Gallery in Toronto continues through this weekend.