Joe Fafard, an internationally renowned sculptor and a favourite son of the Canadian West, died this weekend at his home in Saskatchewan. He brought a unique set of Prairie sculptures to almost every major Canadian city, the most famous his Running Horses outside the National Gallery of Canada.

He also created Pasture, the memorable herd of 7 bronzed cows in downtown Toronto. They are so beloved by the public there was an outcry when they were temporarily moved to protect them from nearby construction. Torontonians thought they’d been permanently removed.

Joe Fafard, 1973, with figures of his parents. Photo: Peter Blashill

Fafard was born in 1942 in the French and Métis farm community of Ste. Marthe, Saskatchewan. Raised in a family with an artistic heritage (his mother was a folk artist and a descendant of a Quebec wood carver), he received a BFA from the University of Manitoba and a Master of Fine Arts from Pennsylvania State University in 1968.

The Politician (1986) in an March 2009 exhibit of Fafard’s work at the Glenbow Museum. ARCHIVE / CALGARY HERALD

Appointed to the University of Saskatchewan in 1968, he began making plaster sculptures of colleagues and people close to him, leading to the sculptural practice in clay or bronze that focused on artists, politicians, First Nations leaders and his hallmark animals.

Final touches for an exhibition, via Slate Gallery 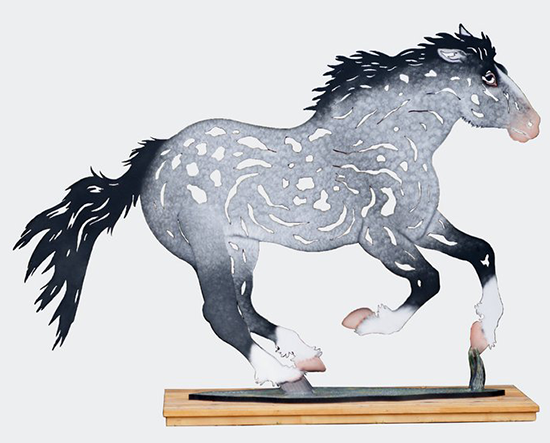 He was at the leading edge of his art form, said lifelong friend Bill Lobchuk, an artist based in Winnipeg. For a period after university Fafard opened a studio in an old factory near Regina.

“He started casting his own pieces at his own foundry, which was pretty unheard of here in the west. You know, not too many people can go ahead and do something so complicated as opening up a factory.”  -from CBC obituary, here. 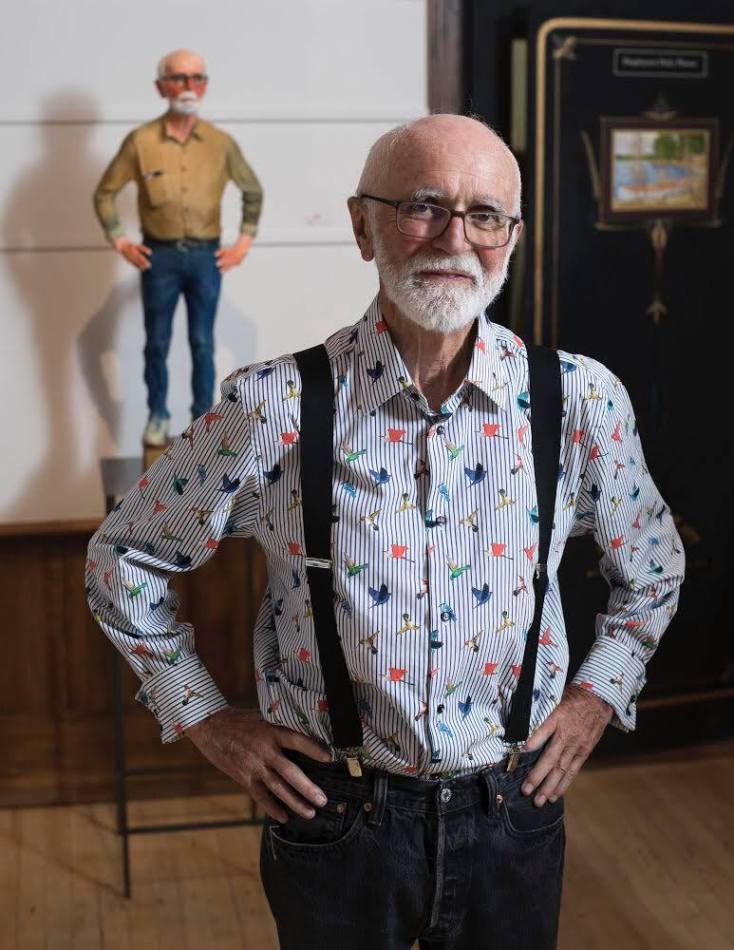 On the Canadian Encyclopedia, here.

At the National Gallery of Canada, here.

His works at Slate Gallery, here.

More about Running Horses at the National Gallery:

This is Joe Fafard’s new, all-weather version of Running Horses, outside the National Gallery, along Sussex Drive. The original set has been moved indoors, on permanent view.