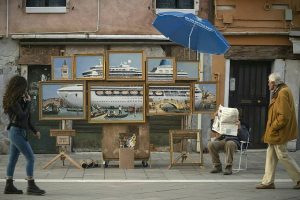 The image of a migrant child signalling for help has appeared on a crumbling wall in Venice, site of the famed Biennale art exhibition, apparently the latest work by Banksy. The mysterious British artist was not invited to this year’s Venice Biennale. 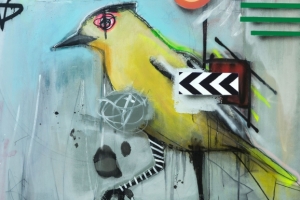 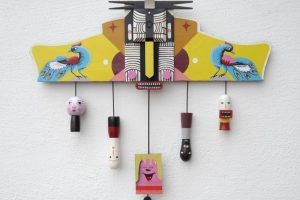 In the style of Street Art

This sculpture,  Average Beast, is formed of vintage wood and other material mounted in the style of an African tribal mask with painted elements of outsider and urban art. Martin Gerstenberger began his artist life doing street murals with well known urban posses like Os Gêmeos and Flying […]

Charles Leval, better known as Levalet, is a French street artist whose career has been on the rise for the last few years. Although his works are all over France, his prime territory is Paris. His pieces interact with their surroundings in a surprising and often magical way, […]

One of the biggest street art museums in the world is scheduled for Amsterdam, in a 7,000 square meter former welding hangar twice the size of the famous Turbine Hall of Tate Modern.