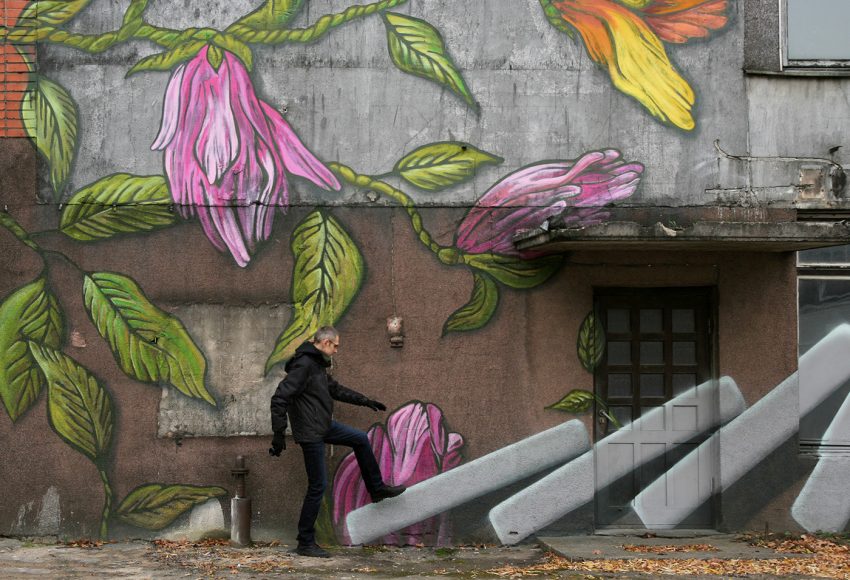 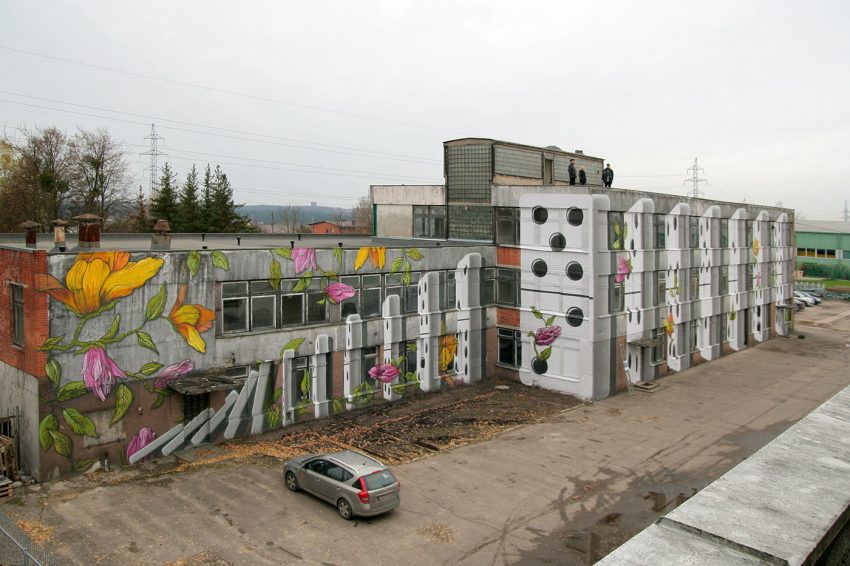 The team of artists Žygimantas Amelynas and Tadas Šimkus, along with architect Karolina Šimkienė, work from Kaunus, Lithuania, reinvigorating buildings with their hallmark street art.  Below, an abandoned building was camouflaged by a bicyclist with a rose to reflect a popular flower marker nearby.

Here’s how they treated the facade of a private school in old town Oslo, Norway. “An old heritage building but with a glimpse of modern look on the side,” they say. (Click on images for more info on each project) 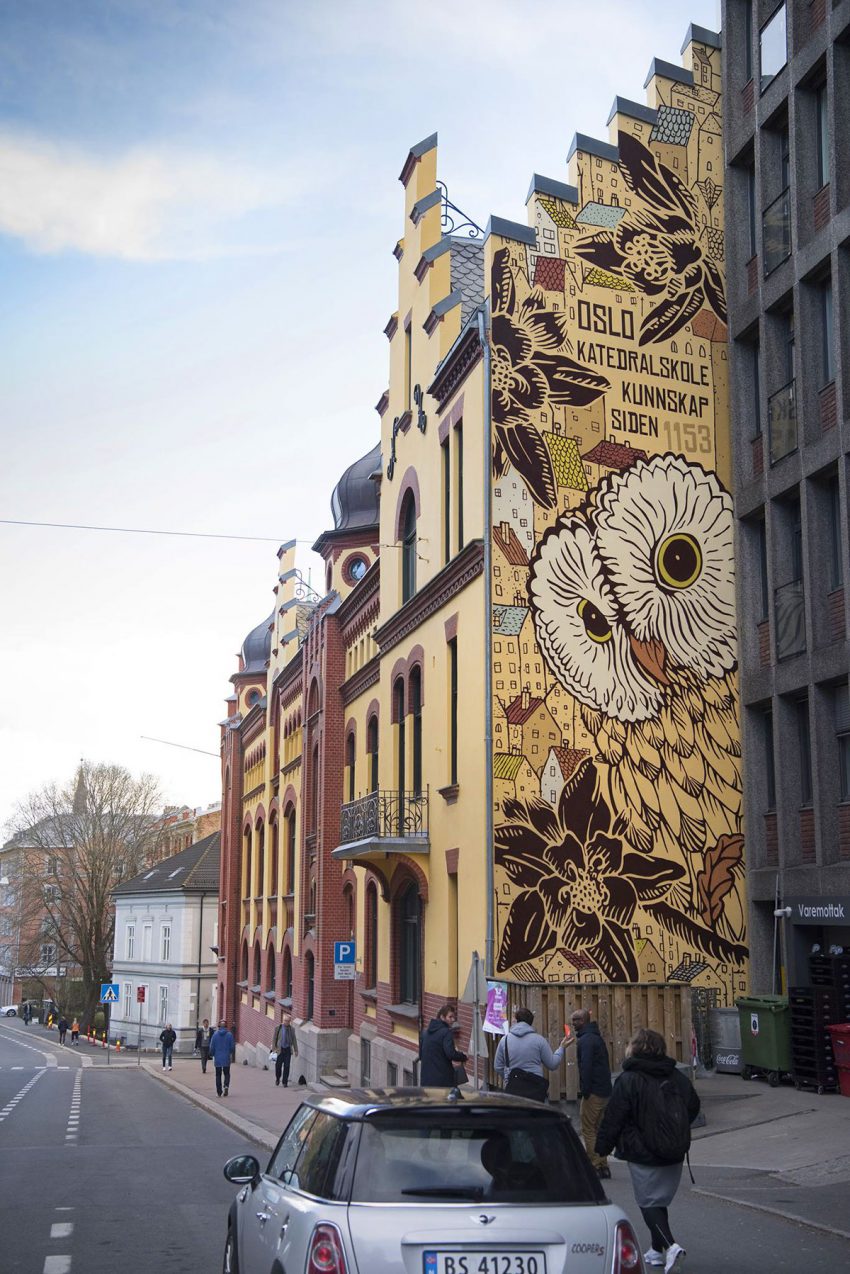 Below, the visualization for Project “Boat of Life,” done with folk artist Dalia Stalauskienė. The idea was to use traditional paper cutout art in a street art scene. This project was announced as the best one in a local city council art contest 2017 but never went ahead.

The building is located near a river and also near one of the biggest supermarkets in the city centre.  The boat is covered with a folk papercut interpretations of the tree of life and  symbols from birth, nature, death, moon and the sun. (Below, process sketches from the project)